BREAKING NEWS
Galapagos biodiversity is in danger from climate change
In 9 years, the export of shark fins grew by 635%
Trade unions ask the Government to eliminate shipping charges from the tax base for paying taxes
Assembly dismisses the Ombudsman, Freddy Carrión
Ecuador and the United States signed a regional memorandum to confront drug trafficking
The blackberry, the uncomfortable invader of the Galapagos
Pablo Arosemena, Governor of Guayas
The first 100% electric truck in Ecuador will transport sugar cane
In Ecuador there is an 85% decrease in covid-19 cases
Brands shown to the world by Victoria’s Secret models, companies and unions related to the wedding of the vice president’s son have high expectations 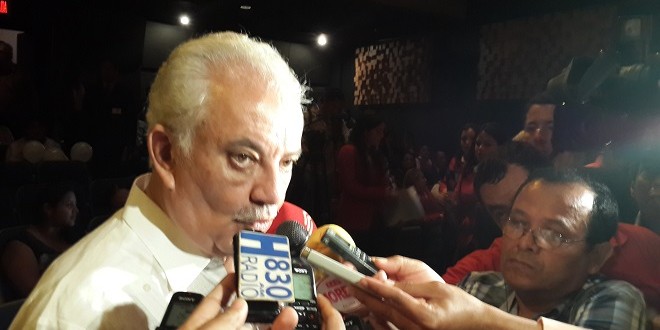 While the plenary of the Assembly plans to adopt until December 2 in the first debate the report on amendments to the Constitution proposed by the ruling party, a new approach to change arises from the General Prosecutor office of the State.

The Prosecutor Galo Chiriboga announced he gave to President Rafael Correa a proposed amendment so that the serious violations of human rights and crimes against humanity be tried even in the absence of the accused. “The right of the defendants is not violated with this, because they have the guarantee of the due process,” he said.

Chiriboga made the remarks during a tribute to the families of those who died in a pharmacy during a police operation in 2003, now known as the ‘Gonzalez and others’ case, in the city of Guayaquil.