As authors and for the crime of bribery, the Prosecutor’s Office accused the ex-plaintiffs Rafael Correa and Jorge Glas on Monday, twelve businessmen and other former officials, in the 2012-2016 Bribes case. Only two of the 24 prosecuted: María Augusta Enriquez and Yamil Massuh were described as accomplices. 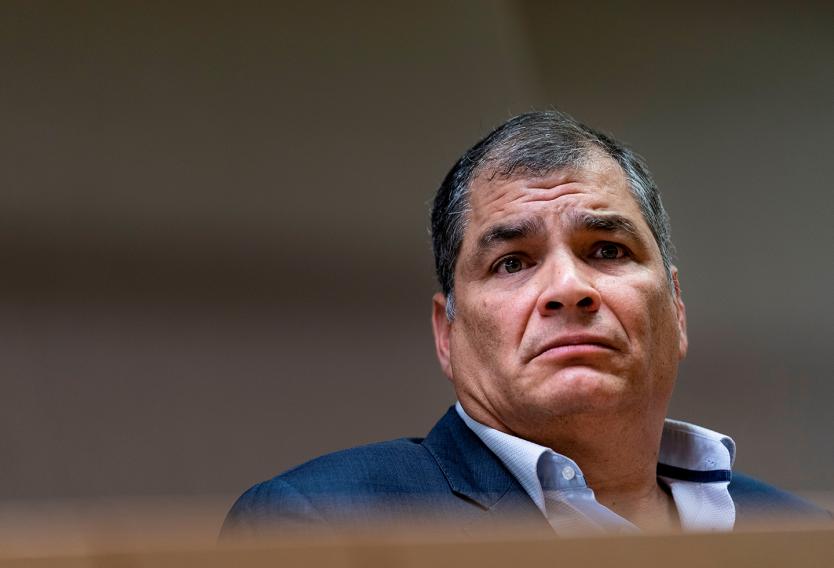 The attorney general, Diana Salazar, explained that “a legal obstacle” made it impossible to continue substantiating the cause for the crimes of illicit association, influence peddling and bribery, in a real infringement contest, so the Prosecutor’s Office will continue promoting the process only by bribery, Imprescriptible crime and can be tried in absence.

Salazar made the decision, he said, in strict application of Article 9 of the American Convention on Human Rights contained in numerals 3 of Article 76 of the Constitution and 1 of Article 16 of the Comprehensive Criminal Code (COIP), known as the principle of substantive legality.

The Constitution in numeral 3 of article 73 states that no one may be tried or punished for an act or omission that, at the time of committing, is not classified in the law as a criminal, administrative or other offense; nor will a penalty not provided for in the Constitution or law be applied.

The bribery is typified and sanctioned in article 286 of the Criminal Code in force at the time of the investigated facts and that illegal conduct is described in 280 of the COIP, which provides penalties ranging from one to seven years in prison.

Before substantiating his opinion, Salazar said that this is not a political issue, that what has been verified is that it is a “criminal framework.”

The investigation is related to delivering and receiving previously agreed values ​​from employers to officials. The deliveries were reiterative in order to ensure and maintain the award of contracts with the State, while the resources were used by the PAIS Alliance and to cover expenses of the Presidency, organization of conventions, tributes, parties, Saturdays …

Shortly before the accusatory opinion of the Prosecutor, Judge Daniella Camacho, of the National Court of Justice, declared everything in the case to be valid, since for her there were no procedural, procedural, prejudicial and competence vices affecting the process. The reinstatement of this hearing was suspended for 24 days.

At the top of the “criminal structure” investigated, the prosecutor located Correa. According to Salazar, the former president was located with the aliases of RC, RCD or A1. “He was the one who was in the top hierarchical command of this entire criminal structure, since he knew about the delivery of bribes,” he said.

For the Prosecutor’s Office, the former president ordered that a person of his trust receive the “bribes” and he “supervised and approved” the receipt and distribution of monies from companies that in turn benefited from public works contracts.

The structure investigated would also have been made up of several public officials strategically and circularly appointed to public positions such as ministers, secretaries or assembly members. The roles of each of them, said the prosecutor, facilitated the acceptance of “offers, promises, gifts or presents.”

Part of these officials were, he said, the former Coordinator of Strategic Sectors and former Vice President Jorge Glas, and the former legal secretary of the Presidency Alexis Mera.

According to the Prosecutor’s Office, Glas was appointed by Correa in charge of strategic sectors that managed public institutions related to this criminal network: Celec, Petroecuador, Senagua. On the other hand, Mera, who participated in the hearing via Skype from his home in Guayaquil, as legal secretary, extremely confident of Correa, advised on the legal part for the actions of this organization.

The defenses of the defendants criticized that the Prosecutor’s Office does not individualize the elements of conviction it has to accuse each one and instead “include” all the accused in what Salazar has called general or common elements.

“That fact threatens the legal security of the defendants,” said Jorge Ortega, a lawyer for Walter Solís.