The votes and decisions taken by three councilors in the plenary session of the National Electoral Council (CNE) opened fronts with the General Comptroller of the State , the General Prosecutor’s Office and even the Contentious Electoral Tribunal (TCE). 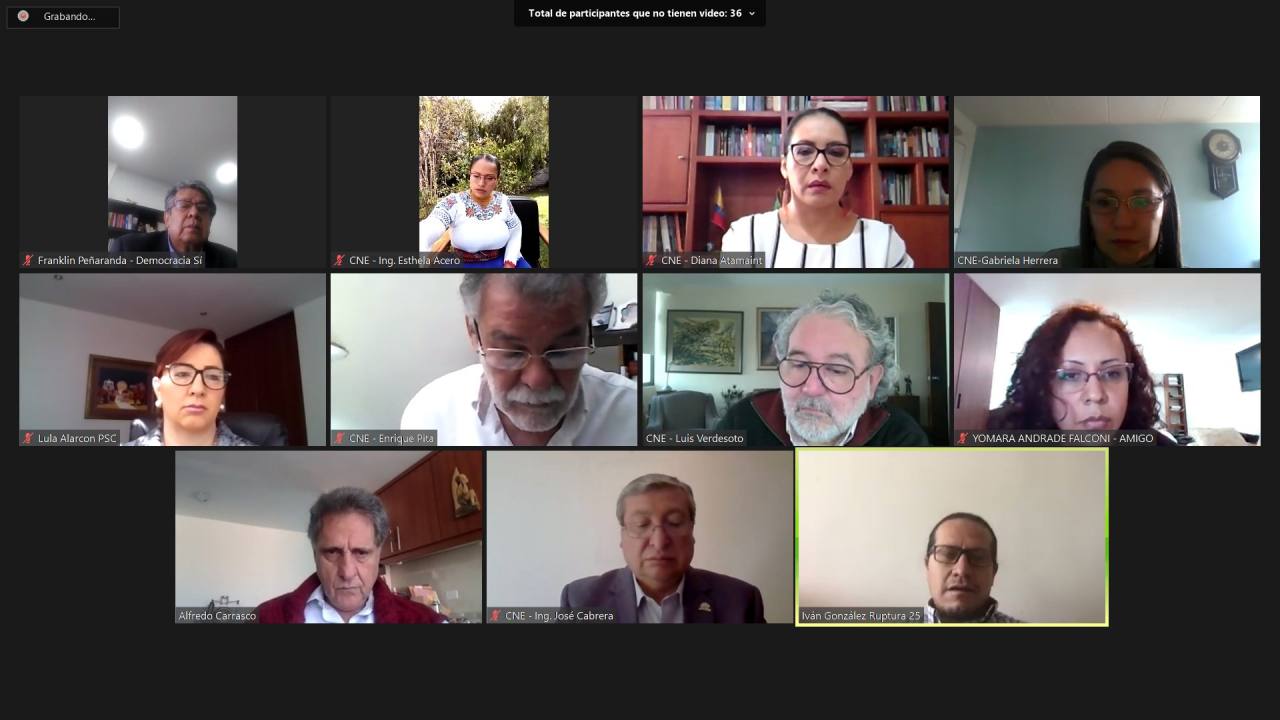 José Cabrera, Diana Atamaint and Esthela Acero , who make up a majority in decision-making in the body, face criminal complaints and a possible dismissal from office.

The first sanction came in 2019, when the TCE sanctioned them to pay a fine of $ 7,800 for a complaint to a resolution they approved on April 9, which declared valid the scrutiny made by the Provincial Electoral Board of Los Ríos between 24 of March and April 2, which even caused delays in the possession of local authorities.

Now they are waiting for the Comptroller’s Office to confirm whether or not it dismisses them for not having complied with one of several recommendations of an audit, which had to review the legal situation of four political organizations: Juntos Podemos, Compromiso Social, Libertad es Pueblo and Justicia Social.

In June, the recommendation was followed up and it was observed that they were not eliminated, despite the fact that they did not reach the number of signatures to be registered, and a predetermination of dismissal from the position was initiated, and a fine that is around $ 8000.

The comptroller Pablo Celi announced that the sanctions that will be applied for the findings are being analyzed. And he warned that corrections were issued that must be applied before reaching the general elections on February 7, 2021.

“Let’s hope that corrective measures are taken beforehand, which cannot be conditioned. The budget is argued (Atamaint has said there are no resources), and that invokes negligence in planning. The argument cannot be the lack of resources, the delay or the emission ”, he alerted them.

In the last hours, the Prosecutor’s Office opened a preliminary inquiry, after the three voted in favor of registering the Independent Mobilizing Action Generating Opportunities (Friend) movement on February 3. The prosecutor, Diana Salazar, asked the National Court of Justice to withdraw the jurisdiction to start the proceedings.

The complainant is the politician Fausto Lupera, who believes that Amigo was registered in an “irregular” manner, since there would be a link with former Assemblyman Daniel Mendoza , detained for acts of corruption.

Atamaint wrote on his Twitter account that he has not yet been notified of this fact, but says: “I hope that all complaints, like this one, that are political in nature, will be resolved quickly. I do not have anything to hide!”.

She and Acero are also being investigated for alleged influence peddling, after the appointment in 2019 of the defendant Luis Loyo in the Electoral Processes Directorate, now incarcerated for the same crime.

The coordinator of the citizen group National Anticorruption Commission, Germán Rodas, said that they look “with great concern” at the “internal fracture” that the Council has, by forming a ‘majority’ and a ‘minority’, in which the councilors Enrique Pita are and Luis Verdesoto , who usually abstain or vote against various resolutions.

“It is inopportune that five people cannot agree. The two councilors cannot remain in isolation, the five are responsible and must act sensibly and generate trust in the process, ”he indicated.

He blamed Acero for blackmailing his peers to contribute in the majority. “They give in to the blackmails that a member does to maintain the majority and they give her the necessary positions to put people linked to correísmo, people without experience,” he said.

These control actions take place in the middle of the electoral process, and the CNE relies on the fact that according to article 16 of the Code of Democracy “no foreign authority can interfere” in the organization; furthermore, they cannot be criminally prosecuted, with exceptions such as crimes of domestic violence.

The Code establishes serious penalties that can lead to dismissal for “interfering” with their functions. (I)

Yesterday afternoon, the plenary session of the CNE was expected to know and approve the budget for the 2021 general elections, which amounts to $ 114,317,185. In addition, the electoral schedule and matrices for the development of the elections would be approved. The Electoral Promotion Fund for the electoral campaign amounts to $ 42.8 million. (I)