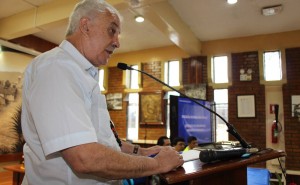 The Prosecutor General’s Office will not investigate the National Secretariat of Investigation (Senain for its Spanish acronym) for the alleged acquistion of espionage equipment to the Italian firm Hacking Team, according to documents leaked by Wikileaks.

The secretary of intelligence, Rommy Vallejo, assured to prosecutor Galo Chiriboga that there is no connection with that firm. And an investigation would be carried out if that is proven.
However, the prosecution asked the Agency for Control and Regulation of Telecommunications (ARCOTEL) an integral audit of all eavesdropping from 2013 to date. The aim is to determine that this mechanism was used in previous inquiries, the same that was requested by the prosecutor and whose interception was authorized by the judge.
Assemblyman of CREO, Diego Salgado, described as a “mockery” the fact that an investigation has not yet started just because the secretary assured to the prosecutor not having any relationship with Hacking Team.
Salgado requested in the plenary of the Assembly to aprove a resolution that illegal to reject illegal eavesdropping, particularly those that could be aimed at members of the political opposition. The motion received 37 votes in favor, 63 against and 14 abstentions, so it was not approved.
Sources: http://www.eluniverso.com/noticias/2015/07/22/nota/5031667/fiscalia-pidio-arcotel-auditoria-senain