A proposal to limit the highest retirement pensions is analyzed 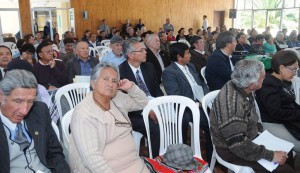 On Monday, the president of the Board of IESS, Richard Espinosa, reported that a proposal to put a limit on the highest retirement pensions is being analyzed.

Espinosa said that in order to make that change the law should be reformed, and they are considering “what would be the proposal.”

In any case, he said that current pensions are will not be lowered and rather will increase according to inflation. However, those that reach a limit would remain the same and the surplus that would have had to be paid to the affiliate, instead of staying in the IESS could compensate lower pensions.