Prosecutor´s Office says that Carlos Pareja is guilty of embezzlement 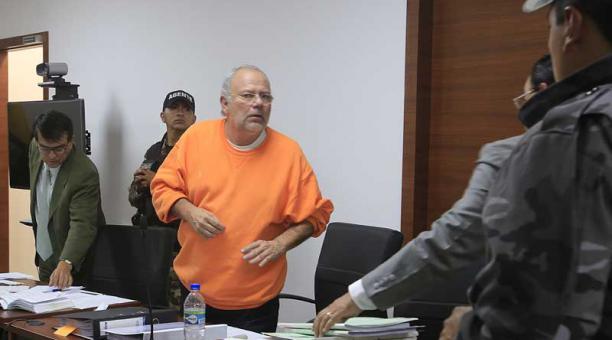 Yesterday, October 30, the Office of the Prosecutor took three hours to submit elements against the former Minister of Hydrocarbons, Carlos Pareja Yannuzzelli, and the former Refining Manager of Petroecuador, Diego Tapia, in the process of embezzlement. Since 08:30 yesterday, the Judicial Complex of Quito installed a preliminary hearing for a presumed damage to the State of more than USD 7 million.

The prosecutor of the José Maldonado case explained to Judge Geovanni Freire that Pareja and Tapia were directly involved in the award of a contract in 2014 for the recovery of condensates from the Esmeraldas Refinery. This was awarded to the company Jorge Vivar Servicios de Ingeniería Mecánica Cia. Ltda.

According to the Office of the Prosecutor, the reference budget for this contract was USD 23.3 million. However, the work was contracted at a cost of USD 27.1 million. That is to say, there was an apparent overprice of USD 3.8 million, according to the investigation. Fines that would have derived from that contract, which are over USD 3 million, must be added.

Prosecutor Maldonado explained that about 90 elements demonstrate the involvement of the two former officials, who are currently detained. (I)