Protests and road closures in Mexico for 43 missing students 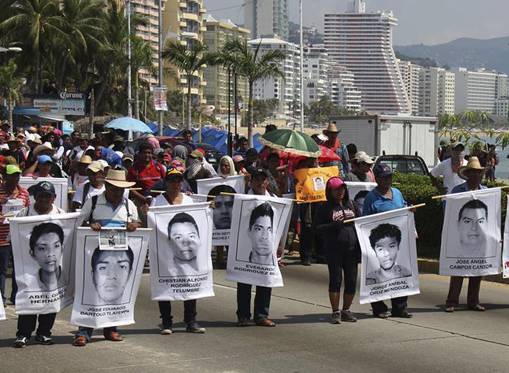 The access road to the international airport of Mexico City, was blocked this Thursday by a couple of hours because dozens of protesters marched to demand justice after the disappearance of the 43 students in Iguala.

About 200 people, many of them young people with their faces covered, walked the Circuito Interior highway leading to the airport terminal, but riot police prevented them approaching and after two hours of protest the demonstrators released the track.

For today is expected various protests and demonstrations over the case has caused uproar in Mexico due that authorities and drug traffickers would be involved.

It is expected that the epicenter of the protests be the city of Mexico, where the parents of the missing student will lead three gears that will arrive in the afternoon in the Zocalo, the main square of Mexico City.

On September 26, police in the southern city of Iguala attacked students from the Rural Normal of Ayotzinapa leaving three dead and 43 missing, which, according to research, would have been delivered to the drug trafficking hitmen group, Guerreros Unidos.