“Down with Resolution 464” stated posters and boards of hundreds of people that marched on Thursday through the center of Guayaquil claiming irregularities on the social security.

The event included members of associations such as the members of the peasant insurance, from the Armed Forces (ISSFA) and IESS, who demanded, among other things, the reform of Resolution 464, issued last month, which stated the Mandatory Affiliation Applicable for People without Dependency Relation.

This despite the fact that on last Tuesday Fernando Cordero, President of the Board of IESS, clarified that such membership is voluntary. “He has said it just with words, we are asking for the reform,” said Wilmer Gonzalez, leader of the One National Federation of Affiliates to the Farmers’ Social Insurance (Feunassc).

The march reached the Insurance Fund, where service stopped and a police siege started, which did not stop one of the union leaders from entering the site and deliver a document with requests. The march was made just at the 86th anniversary of the establishment of the Pension Fund, known today as the Ecuadorian Institute of Social Security (IESS). 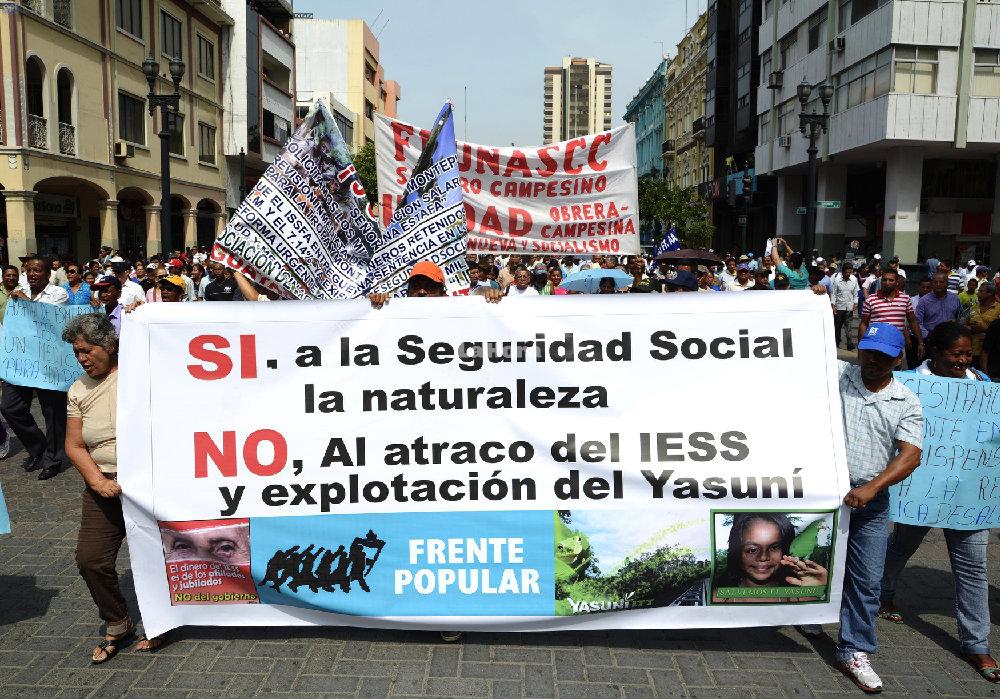 Judgment against Jimenez will be fulfilled