PSP have a crisis in its Guayas directive 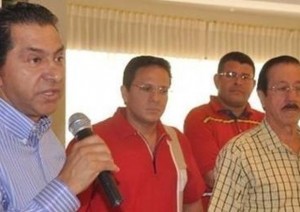 After the sudden resignation of Honorio Santistevan as Director of Partido Sociedad Patriótica (PSP) in Guayas and his separation of the ‘gutierrista’ group, the cluster is into a possible alarm of provincial crisis.

After representing the party as candidate for Assemblyman and provincial prefect, Santistevan takes a step outside because, he says, ‘things were not done right.’

This is not the first attrition suffered by the party in Guayas. Former leaders as Daniel Saab (former councilor of Guayaquil) ; and Luzmila Nicolalde (Guayas former viceprefect) migrated to another  group. In both cases, they found a space in the Social Christian Party ‘Madera de Guerrero’ and now represent the alliance as councilors of Samborondón and Guayaquil.

The problems of the party also were evident in the last local elections. The group planned to submit a renowned radio broadcaster as a candidate for Mayor of Guayaquil, but this never happened.

Lucio Gutiérrez, leader of the party , considers that there is not a crisis. There is a restructuring, reengineering and oxygenation nationwide. The former president said that the National Committee plans to convene a national assembly to amend the party’s internal statutes and to make a feasible change in Guayas, Pichincha and Manabi.

‘We have to take advantage of the crisis and turn it into an opportunity for the party”, said.