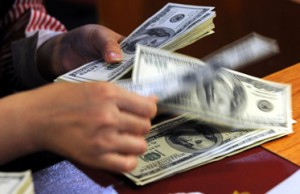 The change of productive matrix seeks new sources of funding. The investment through public banks is an alternative though, last year, the line item would have presented significant downwards according to Central Bank figures.

Another factor for the reduction was the ceasing production at the Esmeraldas refinery.

For entities, the National Finance Corporation (CFN) was the one that dedicated more investment portfolio, while in second place is the State Bank.

Charges will be applied on airfares to Ecuador