So that cancer medicine arrives every month at the hands of Flor Pebble has gone through a long process. 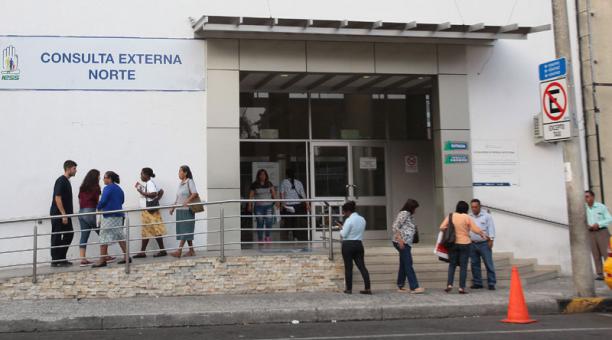 One of the mechanisms that IESS hospitals use most, for the purchase of drugs, is the reverse auction, in which a group of suppliers competes with their offers on the Public Procurement portal.

That is the traditional procedure. But there is another quick route for “emergency” acquisitions. They are the ‘payment agreements’, an exceptional route that, according to complaints from the National Anti-Corruption Commission (CNA), has been recurring at the Teodoro Maldonado Carbo Hospital, in Guayaquil.

Ricardo Ramírez, coordinator of the CNA chapter Guayas, says that these agreements allowed purchases “by finger”, with unskilled suppliers and causing overpricing.

“That is why there is no health budget to reach. What drugs and supplies really cost will be 30% of what IESS pays. 70% is coima, distribution, looting. ”

In the complaint, presented by the commission to the State Attorney General’s Office, it is mentioned that this hospital signed 141 payment agreements in 2018. That is why it was requested that the purchases be investigated since 2016, under the alleged crimes of peculation and illicit enrichment .

On Wednesday afternoon, outpatients left the pharmacy with their medications. Flor, who follows a cancer treatment, also received the full prescription. “Today there was everything. But in August and September I left the treatment because there was no ”.

According to the CNA complaint, the payment agreements signed since 2016 represented almost USD 100 million. “It’s a criminal issue,” says Ramirez. Not only do they take silver but, for example, it implies that there is no money to care for patients with catastrophic diseases. ”

The Ecuadorian Hemophilia Foundation (Fundhec) has not only denounced the lack of medicine but has questioned its quality. Its manager, Javier Córdova, says that with protection measures they prevent 46 members with hemophilia from the center from receiving factor VIII, from a generation lower than the standardized one in the country. It is a drug of biological origin.

Hemophilia is a catastrophic disease characterized by a defect in coagulation. At one week a patient requires two transfusions of factor VIII, to avoid bleeding that can atrophy their joints, among other risks.