Quevedo will host the new BanEcuador 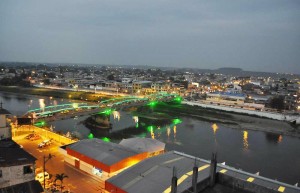 BanEcuador will replace the National Development Bank (BNF) and it will be based in Quevedo, according to the Executive Decree 677, issued last Wednesday by President Rafael Correa.

On Saturday, Correa anticipated that the new institution will be ready in October. Though the executive order establishes a period of 180 days (6 months) since the approval of the budget to start its operations.

Rafael Correa said that the process will be more simplified for a better service and offices and schedules of the current BNF will change, as these will be adapted to the schedule of the peasants.

The entity will begin operations with capital subscribed and paid of $ 15 million, according to the decree.