Hundreds of citizens from Quito called themselves on the night of October 8 at the Shirys rostrum in defense of democracy.

In an improvised scenario, several citizens went to the concentrates and called to be vigilant and to reject the violence unleashed by the presence of protesters in the city after a strike called by the economic measures announced by the Government. 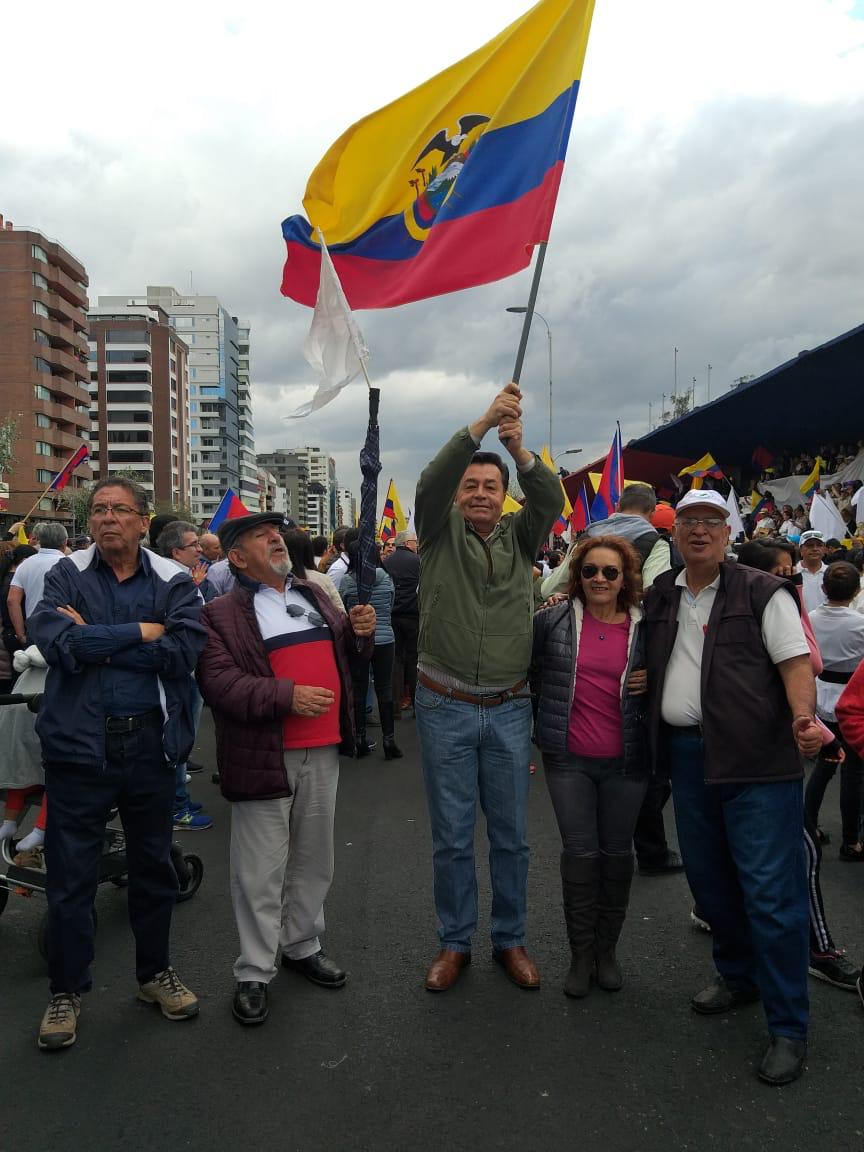 Carlos Coloma from the movement Acción Ciudadana, convened for this Wednesday, October 9, to demonstrate that Quito is willing to defend democracy.

Patricio Peña also intervened and announced that in the morning the Assembly of Quito will meet in the Las Cámaras building north of the Capital, with the purpose of proposing solutions to what he described as destabilizing attempts.

Those summoned shouted some slogans against the former president, Rafael Correa; They also rejected violence in the city.