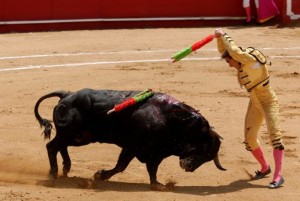 The official opening of the Quito Fair was held last night. During the event it was announced that the fair “Jesus del Gran Poder 2010”. This will be an especial occasion since the Plaza de Toros Quito (Quito Bulls Square) celebrates 50 years since its inauguration.

Quito’s fair will start on November 29th and it will end on December 6th.