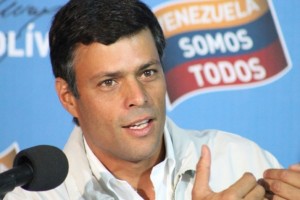 Ecuadorian President Rafael Correa, reacted to the decision of the Supreme Court of Justice (TSJ for its Spanish acronym) of Venezuela which declared “unconstitutional” the amnesty law passed by the Parliament to release several prisoners of the opposition, including Leopoldo Lopez, sentenced to nearly 14 years for the violence unleashed during a protest in February 2014.

In this regard, he criticized that “any imprisioned politician is called political prisoner” “suddenly” and recalled that “in the state ruled by law offenses are persecuted, not people.”