Rafael Correa requested that his salary is paid through the electronic money system. 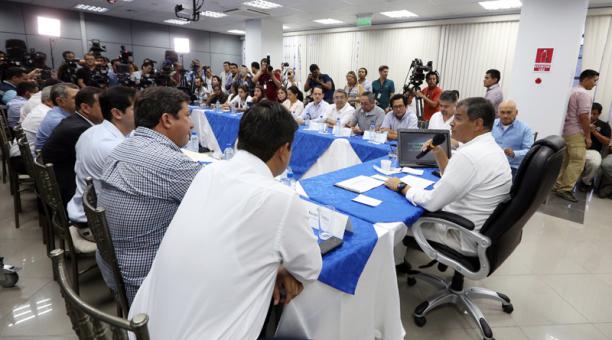 Correa said he will ask that his salary is credited in electronic money, although he will have to make effective a part of it in order to make some payments in stores that do not have the system.

He said this during a discussion with media in the building of the Internal Revenue Service in Manta, in the Manabi province, on Thursday June 9, 2016. The government reported that 18,000 stores already have this payment system and almost 1,000 ATMs are already ready to charge electronic money.

However, he added that he can not force people to use this mechanism, whether citizens or government officials, but applauded the initiative of Assembly members and councilors of the Citizen Participation Board who suggested that their institutions pay their wages with electronic money.