Rafael Correa, sobs while saying goodbye to the change of guard 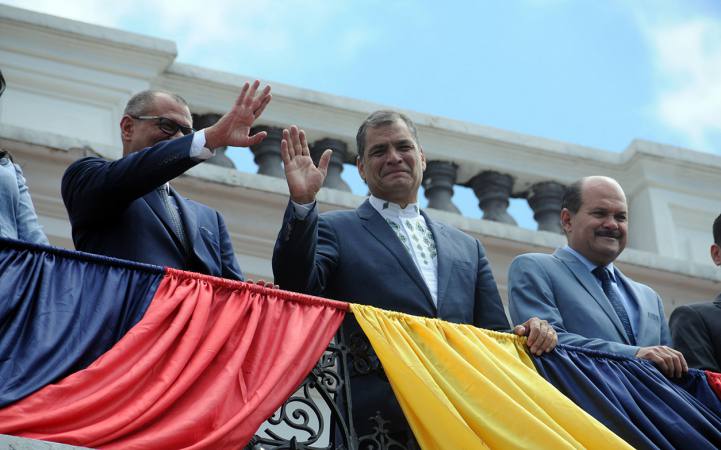 On the balcony of Carondelet Palace, expressions of sadness were noticed in the face of Cinthya Diaz, wife of Vice President Jorge Glas, who yesterday was crying while laying her cheek on the shoulder of her husband, when they sang ”Good bye” to the outgoing president Rafael Correa, as a farewell gesture during the change of Guard held every Monday in the Plaza Grande.

Correa also cried. He wiped his tears with his hand when listening to a musical composition of singer Damiano, and performance yesterday by a group of Ecuadorian artists, who told him “everything was fulfilled,” and “good bye Mr. President,” from a small stage.

He did not sing or give speeches. He smiled a little, greeted a lot, and with his hands made “no, no” gestures to his followers, when they asked him to run for re-election.