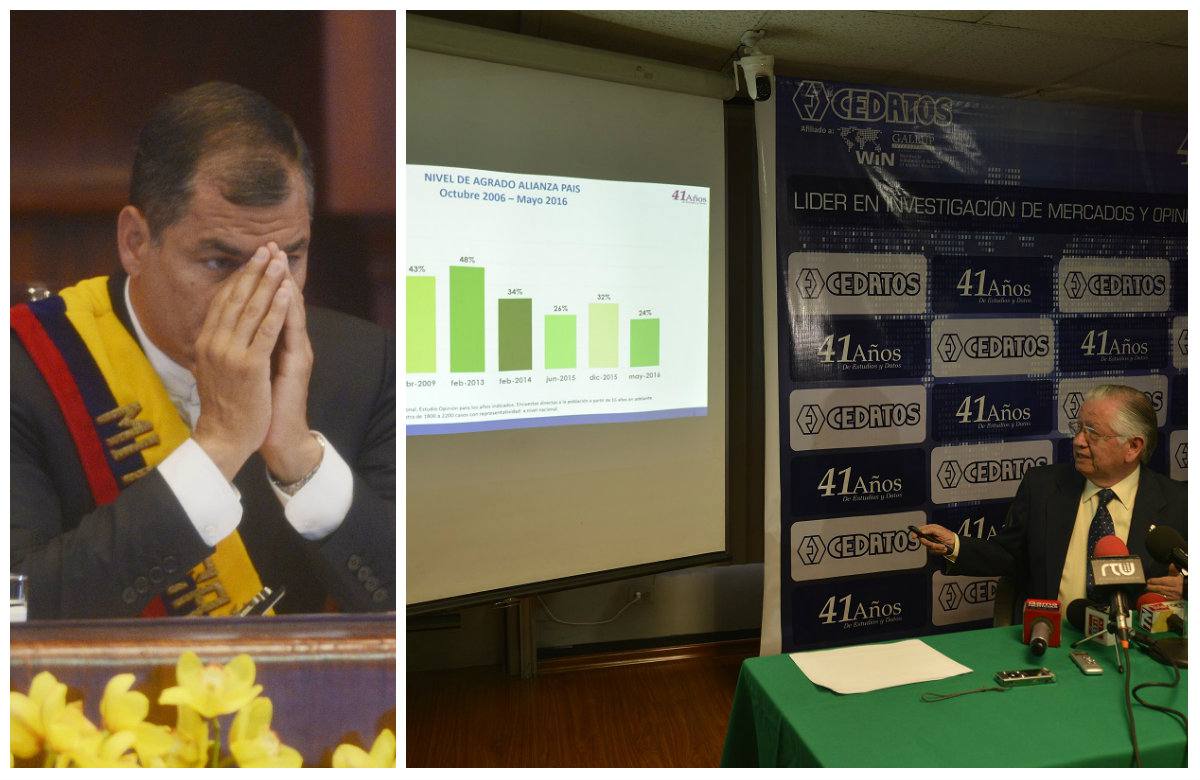 Opinion surveys of Cedatos-Gallup, conducted in May determine a reduction in the credibility of president Rafael Correa; 65% of 2,200 respondents nationwide does not believe him, meanwhile, a 29% does believe him.

The director of the polling firm, Angel Polibio Cordova, also reported that opinion polls regarding the behavior of the President are adverse in the last month, because they show that 67% of the population surveyed disapprove it, instead, a 27% approves it.

Regarding the approval of the presidential administration, a 35% approve it compared with 58% that disapproves it. Similarly, if there were presidential elections now, Rafael Correa has a vote intention of 28% compared to May 2015, when he had a 37%.

The causes of this reduction in acceptance and credibility, according to Polibio Cordova, is due to social and economic factors; the country is in crisis, there´s a lack of employment, entrepreneurship and resources are not properly exploited.

Doubts by official data on economic growth in Ecuador