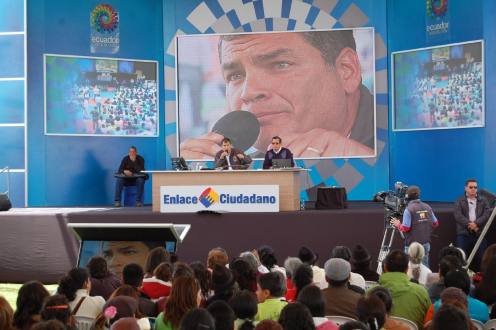 The contract for the broadcasting of 52 weekly addresses planned for 2016, the National Communications Secretariat (Secom) declared terminated last week amounted to $ 1.61 million and was signed with Correa Carlos Alberto Guerra, who already obtained a similar contract last year.

In April 2015, Guerra Correa signed a contract with the Secom to broadcast 52 weekly addresses during that year for $ 1.23 million.

According to the history of this contract, the supplier selection was made from among three offers. In addition to Correa Guerra, the Ecosonido and Multivision companies partcipated, according to the document.

The price of this contract increased last December, when a supplementary contract was signed for an additional $ 405,000.