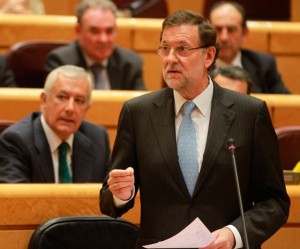 The president of Spain, Mariano Rajoy, apologized yesterday to his compatriots in the Senate for corruption cases that affect his party.

“I apologize on behalf of the Popular Party (PP) to all Spanish for having placed in responsible positions who were not worthy to do so,” said the chief executive in the Senate after announcing that those involved will be dismissed.

The PP was involved in a new case of corruption, after being uncovered a plot which allegedly adjudged services and public works by city councils and regional governments in exchange for illegal kickbacks.

“Operation Punic” arrested 51 involved among which there are mayors, local and regional leaders and civil servants, most of them belonging to the ruling party.

It is also the second time that Rajoy apologizes, the first time was by the Barcenas case in 2013.