Ramiro Mantilla: “Crossing the Mataje River to the Colombian side is a risk” 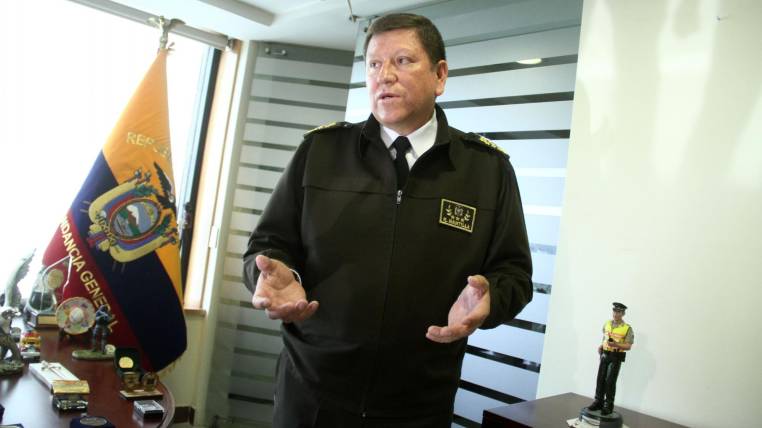 Police commander Ramiro Mantilla asks the population to calm down and trust the authorities to work to protect their safety.

The last kidnapping; in front of what scenario places us?

According to our investigative hypothesis, they went to San Lorenzo, stayed at a hotel in the cantonal capital, and because of information from employees they had said they were going to Puerto Rico, a population that remains on the Colombian side. The hypothesis is that they were kidnapped on Colombian soil and that they are there.

What were the kidnapped doing?

The family says they were merchants and they had met with the girl a month ago. They were going to collect money from a motorcycle they had sold.

People think that the kidnapping was in Ecuador.

Not so, all this is focused in front of the Mataje zone in a few kilometers on the Colombian side where neither the Colombian Police nor Colombian Armed Forces have units. We have units on the border line with patrols throughout that area. Near the Mataje River we have a large African palm industry, where about 500 citizens of San Lorenzo work, that is, we have our border controlled. The problem is that if people go to places that are controlled by these irregular groups there is a high risk that they will suffer a kidnapping, as simple as that. But going to Rumichaca or Esmeraldas is safe. In other words, crossing the Mataje River to the Colombian side, where there is no control of Colombian Armed Forces or Police, is a risk and whoever wants to go there will have a high risk of being kidnapped.

What is the structure of the Guacho group in the country?

In Ecuador, it had a structured organization for logistical support for its laboratories. They provided him with precursors, explosives, weapons, fuel, that is, all the provisions for these groups. There are no armed groups in Mataje, in El Pan, or on the border. There is presence of Armed Forces and Police, but it is clear that the threat is that these individuals camouflage themselves in the community.

Did they capture a large number of Guacho’s collaborators?

There are 42 detainees, some Colombians. We have done three operations ‘Liberator’. We captured five who collaborated in the placement of the car bomb in the barracks of San Lorenzo, nine members and one of the main ringleaders, alias Amarilo, who knew about explosives and put homemade artifacts; and nine people in Mataje who were direct collaborators of Guacho, were responsible for the safety of their family and had ammunition to shoot down helicopters. In this week one of the fuel and precursor suppliers was captured and was one of our targets.

What is the task of the Police in Esmeraldas and what help do they need from other countries?

The Government allocated eight million dollars to the Police. There we are going to build units, the Gema barracks, strengthen the management model of the tactical groups. We sign contracts to acquire 200 rifles, 400 submachine guns, helmets and ballistic vests, so that the staff feels safe to carry out their work.

How long will this situation last?

The campaign that Colombia has for more than five years with the social issue. I think that in two years they may have military and police control of the area and during that time we will suffer the consequences of the struggle and the persecution of those groups there. The idea is to be prepared, all be responsible for our safety. The contribution that each citizen can make is to take care of themselves, to get away from risks, to be on the watch, to be informed by regular channels, not to generate expectation, fear or uncertainty through social networks. Ideally, we should be together and trust their authorities. We are working under a single command with solid objectives and that allows us to be strong against all these organizations. (I)