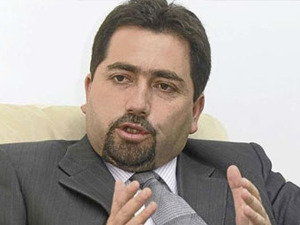 The Ombudsman, Ramiro Rivadeneira, defended the decision of Judge Hilda Garces Davila to ban the dissemination of “A hidden tragedy”, text that tells the slaughter among Amazonian Indians.

Rivadeneira said the court decision was taken because the book promotion presented images of a girl kidnapped by a native tribe in the Amazon. The photograph of the infant could not be showed because it was a minor that is also part of a witness protection system of the Prosecution.

When the text was to be presented by the Ecuadorian journalist and the Spanish priest Miguel Angel Cabodevilla, announced the ban issued by a judge in Quito, which caused controversy in social networks.

For its part, the regime said the ruling is a “prior restraint” and empathized with the authors of the work.

The Ombudsman recalled the request for precautionary measures before that publication, which was received by the constitutional Judge Hilda Garces. According to the allegations Rivadeneira the slaughter and the retention of the minors, forced the prosecution to deal with the case, so the girls were included in a System of Protection of Victims and Witnesses (Spavt).