Recreational use of marihuana generates opinions in favor and against 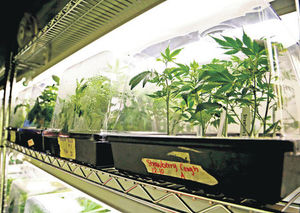 In the United States, marijuana supporters view as positive the new Colorado decision to allow the recreational use of cannabis. While many opponents say they will oppose the decision.

Despite the fact that Federal Law continues to regard marijuana as an illegal and addictive drug such as LSD, ecstasy and heroin, Washington, State of Pacific coast, would be next to support Colorado’s decision.

Activists from states like Delaware, Hawaii, Maryland, New Hampshire, Rhode Island and Vermont also expect state congresses to permit the sale of cannabis in minor amounts as Colorado and Washington. While in Alaska they think of drug legalization by voting in a referendum in August.

Radical opponents like former drug policy adviser in the White House Kevin Sabet, see the legalization trend as a risk because it will promote  the birth of a similar industry as the tobacco industry, which resisted the regulation for several years.

Audience in the case Chevron III is suspended