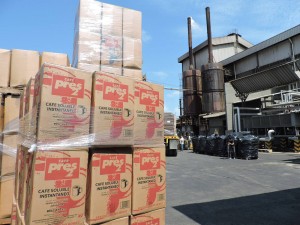 According to figures from the Central Bank (ECB for its Spanish acronym), non-oil exports from January to October this year fell by 5.8% compared with 2014. In total (including oil) the total decrease was 28.8%.

But according to industry representatives, the drop could be higher until the end of the year, in some cases due to the rising of the dollar, falling commodities (raw materials) and increasing production costs.

In the case of flowers, exports would close with a -8% this year, being the Russian market the one that would record the largest decline with -30%, while the European Union (EU) would decrease between 10% and 12%, according to the projection of Alejandro Martinez, president of the Association of Producers and Exporters of Flowers of Ecuador. He estimates that this year $ 750 million were exported, $ 50 million less than in 2014 and 5% for 2016 is projected.

Whereas in traditional exports, only bananas and cocoa show growth in sales abroad, with the observation that the increase reflected is lower than the projected earlier this year in the latter sector.

Ivan Ontaneda, president of the National Association of Cocoa Exporters of Ecuador (Anecacao) mentions that this year they will close with 250,000 exported tons, 10,000 more than in 2014, but below projections and growth of between 8% and 10 % held during the last ten years.

Coffee and its processed products, according to figures of the Central Bank (January to October), exported $ 31 million less than in 2014.