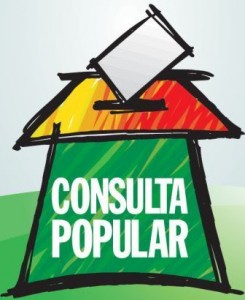 Do you agree to amend the Constitution of the Republic of Ecuador to never prescribe sexual offenses against children and adolescents?

According to figures from the Ministry of Economic and Social Inclusion (MIES), there are 2,512 cases in the country where children and adolescents have been deprived of the care of their families due to domestic violence, alcohol or drug use and even sexual violence.

This was affirmed by Veronica Legarda, national advocacy coordinator of the SOS Villages, one of the institutions that host these children. He added that about 40% of these cases are related to sexual violence, so he agrees that these crimes will never be prescribed.

He explained that these situations not only attack the rights of children, but also their comprehensive development in the long term and it is also an abuse of power because it says that in most cases the perpetrators are older people who exercise power over children and abuse their innocence.

Legarda noted that in reforming the Comprehensive Criminal Code regarding children and adolescents, “we would be in line with what the Convention on the Rights of the Child, which says that the State has to exercise all its actions for the full guarantee of the rights of children to protect them from all forms of violence. ” (I)

Jorge Glas arrived at Jail 4 of Quito under police guard