The companies Marathon Petroleum Supply LLC and the state-owned company Petroperú, both refiners, presented EP Petroecuador with the best offers and prizes for the last Ecuadorian crude sale contest, EP Petroecuador announced in an official statement. 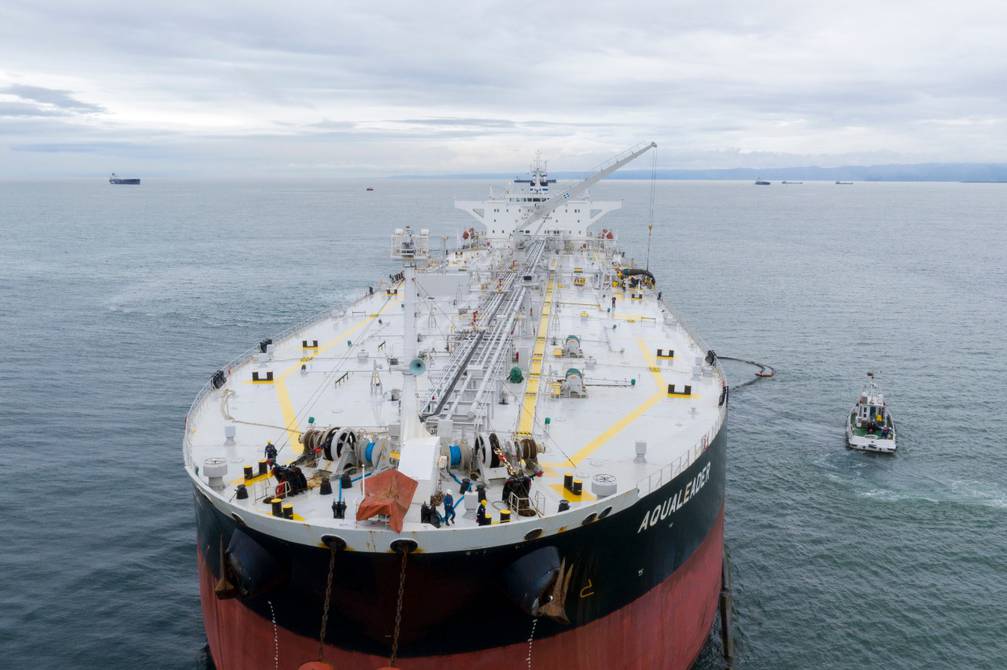 In this way, the Ecuadorian hydrocarbons company announced the winners of two important medium-term contracts: the sale of Oriente crude for 7.92 million barrels and 3.96 million barrels of Napo crude, respectively. The contest was held on April 19 and would represent some $1,100 million in income for Ecuador, plus $9 million for prizes alone.

Immediately, from the Presidency of the Republic this event has been described as good news. Also in an official statement, the Presidency stressed that “the oil of Ecuadorians is sold without intermediaries” and reported that the resources will be directed to works, social programs and opportunities for all. “Citizens’ money is for citizens, no longer links to corruption,” said President Guillermo Lasso.

This precisely because the award of medium-term contracts was made to refining companies and not to intermediaries. What happened marks a difference between contests that took place in past governments in which the contracts used to be signed by intermediary companies, with damages of up to $3.6 per barrel and that now appear to be investigated in corruption schemes.

The Government said that to reach this milestone, Petroecuador implemented strategies to encourage the participation of refining companies and thus carry out a direct sale of Ecuadorian oil, positioning it positively in the international market and maximizing economic benefits.

In the second contest, in relation to Napo crude (a heavier oil) there were only two offers, from the companies Trafigura ($0.22) and Petroperú ($0.72). The delivery time in both cases extends between July 2022 and May 2023.

The news has reached a global interest when it was learned that, according to a Bloomberg report, Marathon Petroleum Corp. had previously been the largest US buyer of Russian oil. However, after restrictions on the acquisition of supplies from Moscow, the company has chosen to source Ecuadorian crude

Bloomberg explained it this way: “US gasoline and diesel manufacturers are seeking to replace Russian oil products after banning them after the war in Ukraine. Oil traders got some relief from the US release from the strategic reserve, but those barrels are mostly stored on the Gulf Coast and difficult for refiners on the West Coast, including Marathon, to access. The purchase underscores the extent to which Russia’s war in Ukraine has disrupted the global oil trade,” he says.

Petroecuador was able to offer the largest volume of crude since 2019 after renegotiating the terms of one of its oil-backed loans with Asian oil companies.

Currently, the company is committed to periodically making spot sales in order to continue maintaining a market price for its oil. This good practice was lost in the years of the Rafael Correa government, since all the crude was destined for China and Thailand, with prices below the market. It was even known that since this Monday, the Argus platform takes up the spreads of Ecuadorian crude for publication.