The fiscal box crisis and the criticism of assembly members modified the incentive plan that the Government will offer to mobile phone companies in the next tender for the radio spectrum. 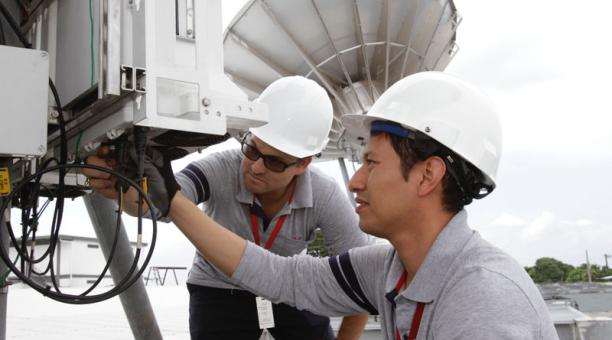 The Government included reforms in the field of telecommunications in the proposal of the Economic Law, which will allow the Treasury to obtain USD 800 million in liquidity between 2020 and 2021 for the tendering of the spectrum.

The explanation was made yesterday (November 26, 2019) by the Minister of Telecommunications, Andres Michelena.

Initially, the Government proposed that these resources not go to the fiscal fund but instead be invested by telephone companies, up to 80%, in projects to expand the country’s connectivity.

This scheme sought to follow the steps of the Chilean model, “a reference in access to new information technologies,” as Mintel said at the time.

The idea was to motivate the investments of the telephone companies, through accrual, and expand connectivity in the country.

In addition, it was proposed that companies pay the State less for market share, between 1.5 and 4.5% of annual turnover.

Currently, the rate is between 0.5% and 9% of the turnover per year, when they capture more than 30% of subscribers.

These adjustments were an old order of mobile operators, which had questioned the high tax burden that the country has, which slows investments.

But these proposals were archived by the Assembly and the Mintel had to adjust the initiative. If the new bill is approved, the holder of the Portfolio explained that the model that is now contemplated contains two elements.

The first is that the initial payment for the spectrum goes 100% to the fiscal box.

“Taking the suggestion of the legislators, we have proposed that some USD 400 million go to the fiscal box at the time of the signing of the resident titles that are expected in 2020 and another additional USD 400 million in 2021,” Michelena explained.

The second element is that 80% of the annual value that mobile phones pay for spectrum use (about USD 126 million) plus the market share fee (USD 34 million) be reinvested in connection projects proposed by the Government.

Michelena stressed that the approval of the new initiative is important because 392 parishes of 1,024 do not have connectivity. “They will never have connectivity if it is not invested, if the State does not allocate resources.”

Among the eight initiatives to be funded are providing Internet to public schools and public hospitals and improving connectivity in 10,000 kilometers of roads.

How does voluntary affiliation to IESS work in Ecuador and from abroad?