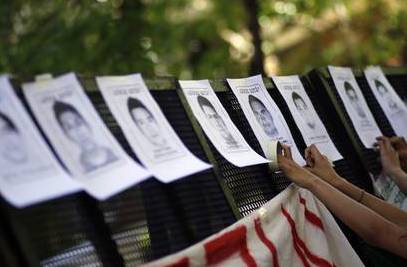 The Argentine Forensic Anthropology Team (EAAF) conducting an independent survey on the investigation into the disappearance of 43 students in Mexico, reported that the human remains analyzed so far do not belong to the young people.

The EAAF said in a statement that it has been involved in the exhumation and, in some cases, in the analysis of the remains found in Cerro Viejo and La Parota areas, in the town of Iguala, and in Cocula at the dump and in the shore of the San Juan River.

“In short, so far, there have not been identifications among the recovered remains in the three mentioned localities and the 43 normalists,” they said.

The EAAF said in a statement that since October 5, according to the families of the 43 students and at the request of the civil society state and national organizations, it acts as an independent expert for the families.