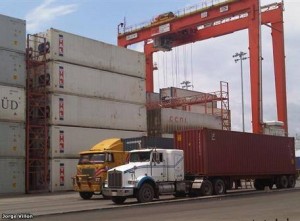 After eight months of being in force, the Resolution 116 of the Committee of Foreign Trade (Comex) has permitted the government to lower imports of products.

The legislation ordered a previous import control for 292 tariff items and also to submit a certificate of quality recognition for customs clearance. Now, after the reforms 209 tariffs were left.

According to the Central Bank in the period of January-June 2014, imports fell only 1.3% compared to the same period in 2013. However, a study of the Ecuadorian Federation of Exporters (Fedexpor for its Spanish acronym) indicates that, if taking into account only the products on which the measure were introduced in the same period, the fall in purchases was 29%.

Among the affected products to import were: hygiene, dressing and beauty products (soaps, perfumes, hair salon, etc.). The reduction in this case was 32%.

The telecommunications sector is another that has also faced problems for importing. Purchases of fiber optic cables among other items, according to Fedexpor,  would have fallen by 48%.

Zoning Law to be debated in September