Resolutions of the Ministry of Economy shield access to debt documents 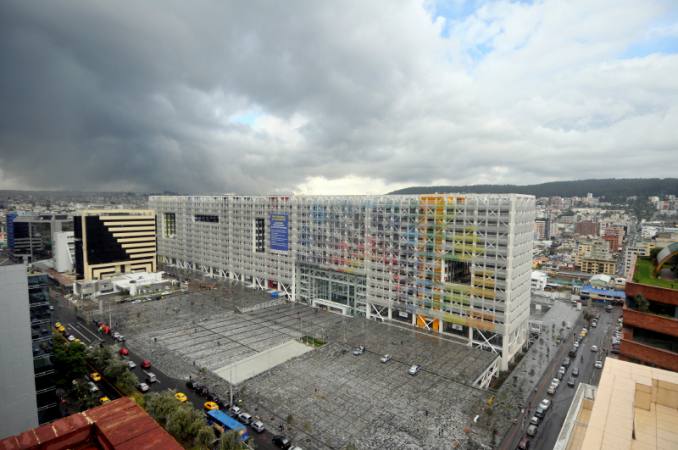 The preliminary report on the public debt audit reveals the dispute between the State General Comptroller’s Office and the Ministry of Economy and Finance (MEF) as to whether or not the debt information should be made public. On the one hand, auditors demanding papers, contracts, statistics, names, signatures, accounting records … on contracting credits; while on the other, ministers and legal and economic technocrats are barely willing to answer them.

In 11 of the 67 pages of the results of the special examination – which was read at a public hearing on March 14 – there is a count of a tangle of laws and regulations that support stealth.

Without mentioning names, the Comptroller concluded in this chapter that the ministers, undersecretaries of Public Financing and the general legal coordinator of the MEF who were in office during the period of the special examination (January 1, 2012 to May 24, 2017) were protected in three MEF resolutions signed in April, October and November 2010 to hide information about the debt.

In that period the ministers of Economy were Patricio Rivera and Fausto Herrera.

According to the auditors, the Ministry did not verify that such resolutions are related to article 137 of the Public Finance Planning Code, which states that “when the governing body of public finances considers the disclosure of the information contained in administrative acts, contracts, agreements or documentation related to operations of novation of public debt operations, issuance, placement or repurchase of government securities, could generate losses or conditions unfavorable to the interests of the State, the respective acts, contracts, agreements or documentation they will be declared secret and reserved by that Ministry. ”

The report argues that the MEF did not present the technical and legal support that demonstrates these losses or unfavorable conditions, “causing the audit team not to have timely documentation.”

The first setback for the auditors occurred on September 7, 2017 and the second on the 21st of that same month. In both cases your order was not attended. On the 29th, the national director of Public Debt and Finance Audit insisted to the legal coordinator of the MEF, but without receiving a response.

On October 12, the then Minister of Economy, Carlos de la Torre, through the official letter MEF-DM-2017-338 clarified to the subrogate contractor Pablo Celi that “there are current indebtedness contracts … that contain confidentiality clauses” and that the lifting of the reserve would imply a breach that could lead to “adverse reactions by the creditors”, such as the cessation of disbursements.

The next day, the Undersecretary of Public Financing sent another letter stating that the files requested were ready, but as simple copies, not certified, as required by the audit parameters.

On October 21, Pablo Celi and Carlos de la Torre met and agreed that the information would be delivered in full to Comptroller. But, again, the papers arrived as simple copies and not certified. After the verbal insistence and a discussion between the comptroller and the minister, the certification of the documents was finalized on November 23 and 24.

In January of this year, after the initial notifications, the Undersecretary of Public Financing told the Comptroller that although there was a delay in the delivery of the information, that “does not mean that it was not delivered”.

“It is noteworthy that this Undersecretariat was always and is open to deliver all the information. In addition, the supposed fact of delivering  with a delay, does not imply that it has stopped delivering,” he added discharge before the Comptroller.

The auditors of the Comptroller’s Office found that several contracts and credit agreements with international organizations, such as the IDB or the CAF, contemplated the disclosure of contracts and related documents, which marked a contradiction with the treatment of other debt tranches.

After reading the preliminary report, the aforementioned officials had five days to submit their disclaimers. The deadline expired last Wednesday. The next step is the writing of the final report.

It does not give version

This newspaper requested interviews to the Ministry of Economy and the Comptroller’s Office, but neither of the two institutions responded until the close of this edition. (I)