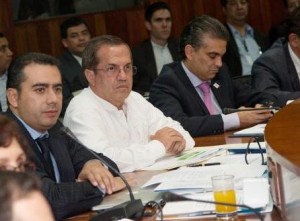 The Minister of Foreign Trade, Francisco Rivadeneira, reported that Ecuador has raised the structural transformation of the Andean Court of Justice and the review of the system for the settlement of disputes of the Andean Community of Nations (CAN).

The Minister said that they have “insisted representing Ecuador, that the mechanisms for dispute settlement with diplomatic status have to be prioritized in the CAN above the law.”

The request of changes arises from that “there are still mechanisms such as (…) that the Secretariat of this organization can get facto research without consulting the member countries and instead of strengthening, it creates more conflict and more distance among its members,” according to Minister Rivadeneira.

The CAN questioned Ecuador, in June, by the entry into force of Resolution 116, which imposed a greater control on the import of products, which was described by the agency as “trade restrictive.”

Ecuador’s banana sector, worried about effective date of the agreement with the EU