Review of the Foreign Service 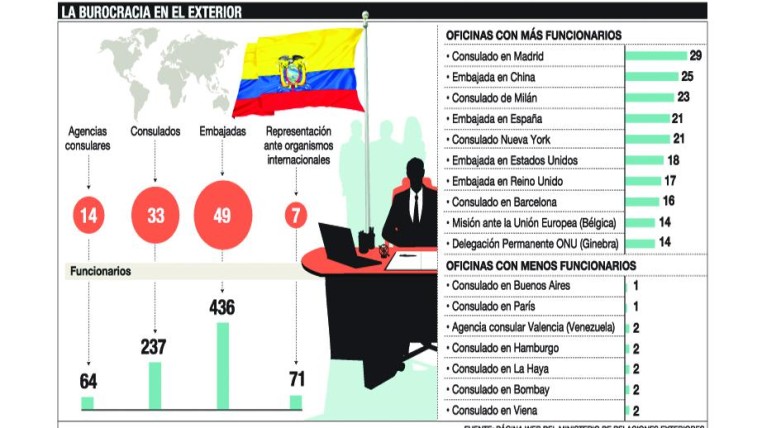 To optimize the work of 808 foreign service officers. That is one of the government’s goals in a year in which “the challenge is to convert the wealth and assets in liquidity,” according to the president.

The announcement was made by President Rafael Correa, in the report to the nation, referring to the measures implemented to address the economic difficulties faced by the country.

“A process of optimization of embassies, consulates and military and police attachés has begun,” he said in the Assembly. Correa did not give further details.

The truth is that this analysis also extends to the staff of the Ministry of Foreign Affairs in the central plant in Quito and other cities, told to daily Expreso Foreign Minister Guillaume Long on Tuesday.