BREAKING NEWS
In the United States, they accuse an oil subsidiary trader for alleged money laundering scheme
The Government of Ecuador denounces millionaire fraud in pensions of the Police
Nemonte Nenquimo, Waorani leader, is among the 100 most influential figures of 2020 for his environmental fight
Withdrawal of fleet of Chinese ships from the outskirts of Galapagos brings relief, but does not remove the danger for the species
Chancellor confirmed the process of expanding the continental shelf
Weakening of the dollar improves the country’s competitiveness in Europe and Asia
Core Petroleum paid Enrique Cadena $ 10.2 million, reported as suspects
Activity of the Sangay volcano is discrete and its incidence is minimal in the ash production
Families remembered their deceased relatives in the COVID-19 pandemic at mass in the Metropolitan Pantheon
Central Bank foresees slight growth of the economy in 2021

In order to create an attractive space for agrotourism, improve the quality of rice and provide income alternatives for farmers, the Ministry of Agriculture and Livestock (MAG) develops a new project called Arroz Pato, which was presented at the end of last May. . 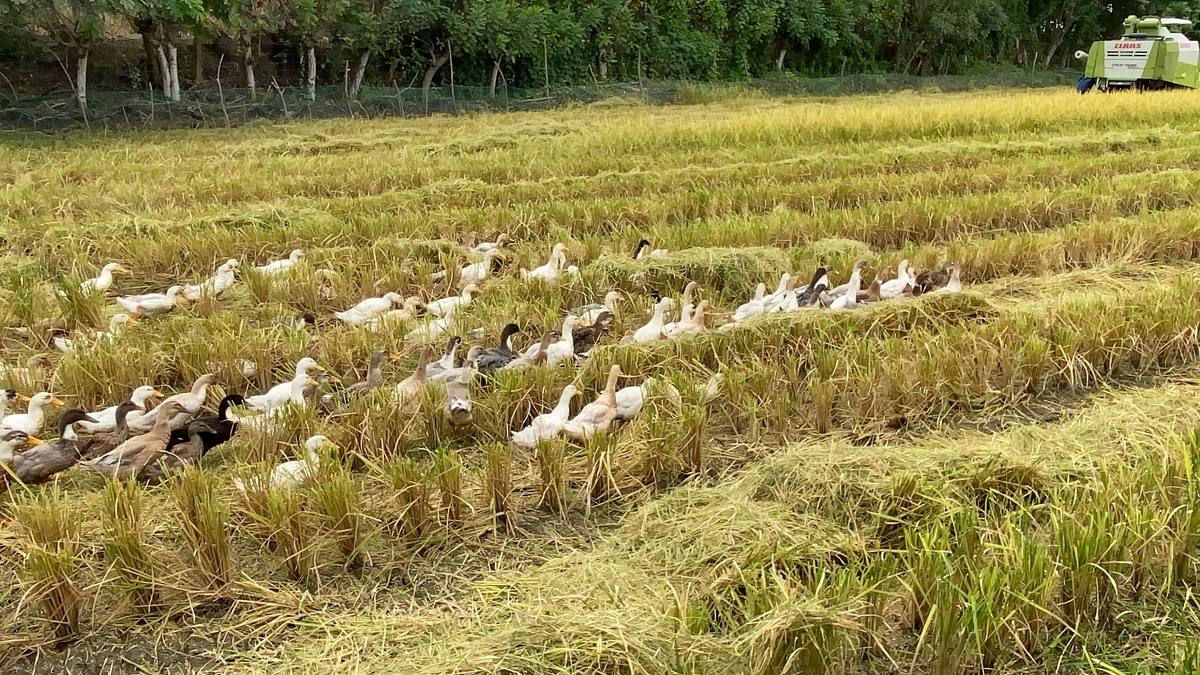 The model works with a multipurpose plot on the grounds of the Boliche Experimental Station of the National Institute of Agricultural Research (INIAP), in which not only the grass is produced, but also protein from the meat and eggs of ducks.

In 2019, Ecuador had an area planted with rice of 288,797 hectares and 1,668,523 tons were produced , with a yield of 5.78 tons per hectare, according to MAG figures. Guayas is the province that concentrates around 74% of the national rice production, followed by Los Ríos, Manabí and El Oro.

Andrés Luque, MAG Undersecretary for Agricultural Production , indicated that the project will allow rice producers to improve their income and, in addition, strengthen their entrepreneurial capacities with duck farming and these in turn help to strengthen crops, since they control weeds and insects, since the birds freely roam the rice fields of the place.

The official mentioned that the project began last year with the visit of MAG technicians to China, with the support of the World Food Program to train in this type of cultivation partnership.

Regarding the results of the plot in the Iniap, Luque described them as “successful”, since he assured that a harvest of 40 bags per hectare was achieved with just one fertilization, and without any use of agrochemicals. “Unfortunately, due to the COVID-19 situation, the correct handling could not be given, but the second will already begin with all the necessary technical support,” said the undersecretary.

This was corroborated by Erwin Gagliardo, MAG technician, who pointed out that the new model “generally lowers production costs, achieves greater profitability with the marketing of poultry products and decreases the use of fertilizers and pesticides” .

Andrés Andrade, director of Iniap, highlighted these results, as he assured that part of the project was to use a rice seed that was susceptible to diseases and by including ducks, zero presence of diseases was obtained.

Added to this project is the delivery, by Iniap, of improved seeds (new varieties) to the agricultural sector in order to improve the quality of the grass for national consumption and export.

In this last segment, according to MAG figures, from 2017 to March 2020, the country exported 84,800 tons of rice. That volume represented $ 54.8 million. The destination countries were: Colombia, Peru, Togo, Italy, Panama, Spain, France, Chile, the United States and Norway .

“Between January and March of this year we exported 23,771 metric tons of rice to Colombia and Spain , with a port value of $ 17.8 million . Rice exports did not stop even in the health emergency, ”the state ministry reported, adding that, according to provisional data from the National Customs Service of Ecuador (Senae) , from March 17 to May 25 they were sent to Colombia and the United States 3428 tons , equivalent to $ 2.4 million .

Meanwhile, Luque revealed that in addition to starting a second demonstration plot of the Arroz Pato project at Iniap, there will also be others with the Nueva Esperanza Association of the Balzar canton. (I)