Rodas will meet with Correa to discuss about Quito´s subway 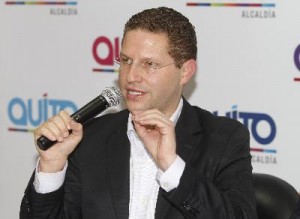 The technical commission already presented a detailed analysis of the four proposals for the construction of Quito; however, there are still issues to be defined. Mauricio Rodas, Mayor of Quito, said that the report was delivered to investors (multilateral agencies) to analyze the situation. The document will be also socialized with President Rafael Correa. Rodas explained that he will add a proposal to fund the shortfall of the work.

Antonio Ricaurte, City Councilor, said that the text can not be spread by confidentiality clauses, but he added that advance studies are being held to establish the ticket cost.

The Mayor said that any decision taken on the future of the metro will be jointly communicated between him and the President.

Rodas said that on Monday he would hold a meeting with President Correa to study the situation.