Rousseff and Neves are still tied after their third debate 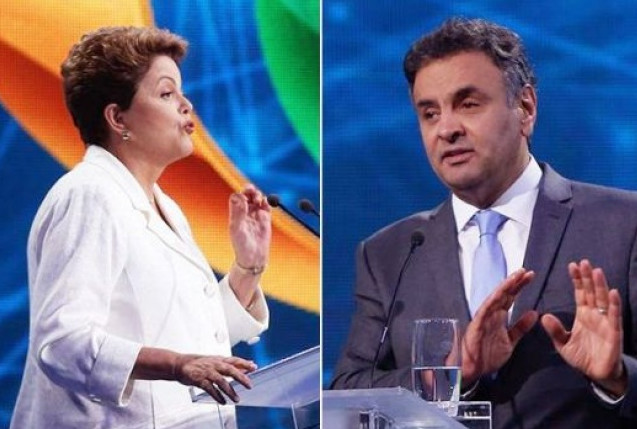 Brazilian President and candidate for re-election, Dilma Rousseff, and opposition leader, Aecio Neves, staged a third televised debate this Sunday with less attacks and tension than the previous two.

Both candidates tried to discuss topics of general interest such as taxation, economic growth, inflation, public safety, health and education.

However, in her subsequent balance to the debate, Rousseff accused the regional government, led by the Party of Social Brazilian Democracy (PSDB, Neves), to ignore the warnings, years ago, from authorities on the risk of a drought such as the current.

Neves, for his part, said after the face to face, that this was “the best debate from the point of view of the proposal,” adding: “I think in the future and I’m not looking at the past as the other candidate.”

Rousseff and Neves begin on Monday a busy schedule of engagements to capture a large number of undecided voters and on Friday, in Rio de Janeiro, they will hold their last debate.

For the runoff, the next 26th of October, Rousseff and Neves appear technically tied in the polls of voting intentions, with a slight advantage for the president of 51% over a  49% of Neves.