Ruling party will socialize package of amendments with citizens 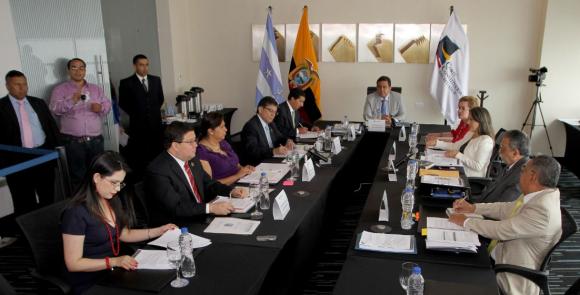 The ruling party majority in the Occasional Special Commission which will process the draft constitutional amendments in the National Assembly prepares a year of travels around the country to “socialize” with citizens the proposals and receive in generally commissions thosewho are in favor and against of each amendment.

Assemblyman Virgilio Hernández (AP) recognizes that what may developed regarding to the ruling of the Constitutional Court is “quite limited” and Juan Carlos Cassinelli (AP), a member of the Commission, agrees that the Parliamentary Functions can make form changes and all relevant constitutional change under control.

“The Assembly can not expand the texts, enter new texts, do extensive analogies either, but redraft, establish a language that is not against the background of what the Court determined, this is possible,” says Hernandez.