Russia considers elections in Syria to be legitimate 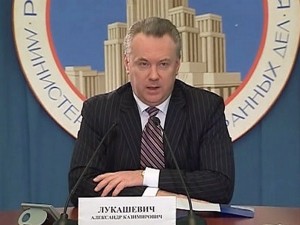 The spokesman for the Russian Foreign Minister, Alexander Lukashevich, noted as legitimate the presidential elections in Syria, which gave victory to President Bashar Assad, and denounced the Occident reaction, that has condemned it.

“This cannot cause us but concern about the lightly politicized reaction to the Syrian elections by some international partners,” Lukashevich said.

“It is not permissible to ignore the opinion of millions of Syrians that, despite the threat to the general safety and security for their own lives in relation to the high terrorist threat, nevertheless they came to the polling stations and made their choice in favor of the future of the country,” he added.

“We have no reason to doubt on the legitimacy of these elections,” he said.

However, he added that “it can not be considered 100 percent perfect from the point of view of democratic standards,” due to the circumstances in which the elections have been developed.