Russia prepares response to sanctions imposed against them 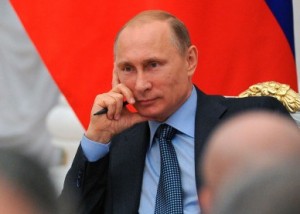 Russian President Vladimir Putin announced this Tuesday that he ordered his government to prepare measures in response to U.S. and European sanctions taken against Russia last week,  which is accused by the West of involvement in the conflict in eastern Ukraine.

“I have already given the order today,” said Putin, who affirmed that “Political instruments of pressure on the economy are unacceptable. They contradict all norms and rules.”

“Of course, we have to act extremely carefully so that we support domestic producers but do not harm consumers,” said the Russian leader.

Putin hinted that his country’s response to Western sanctions will allow to return to competitive balance between Russian companies and the rest of the world.