Russia will not support sanctions on Syria 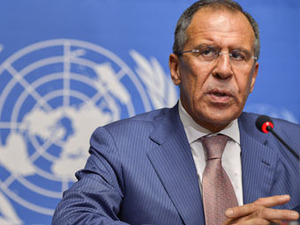 The resolution of the Security Council of the United Nations Organization for the chemical disarmament of Syria, which was adopted last Friday, could lead to sanctions if the disarmament plan is not respected, which could be blocked by Russia.

The Russian Foreign Minister Sergei Lavrov said that it must be “100% tested” that Damascus does not fulfils what was agreed and that the sanctions must be “proportional” to the violation.

The resolution was approved with a vote of its fifteen members, including the five permanent veto (United States, Russia, China, France and Britain), and the two rotary representing Latin America: Argentina and Guatemala.

The organization Human Rights Watch criticized yesterday the resolution voted at the UN to destroy the Syrian chemical arsenal, reproaching it “does not do justice” to victims of the conflict. While world leaders welcomed the agreement reached.

Russia stressed that “all participants in the meeting agree that the approval” of the UN resolution that “opens the way to revive efforts for a political settlement in Syria.”