The concession of block 60 Sacha, the Sopladora hydroelectric plant, and hydroelectric power plant projects such as Cardenillo and Santiago, as well as the Termogás Machala concession and the construction of a high-conversion refinery on the Ecuadorian coast are, among others, the main projects that are part of a large investment portfolio that was presented this morning at the Ecuador Open for Business event. 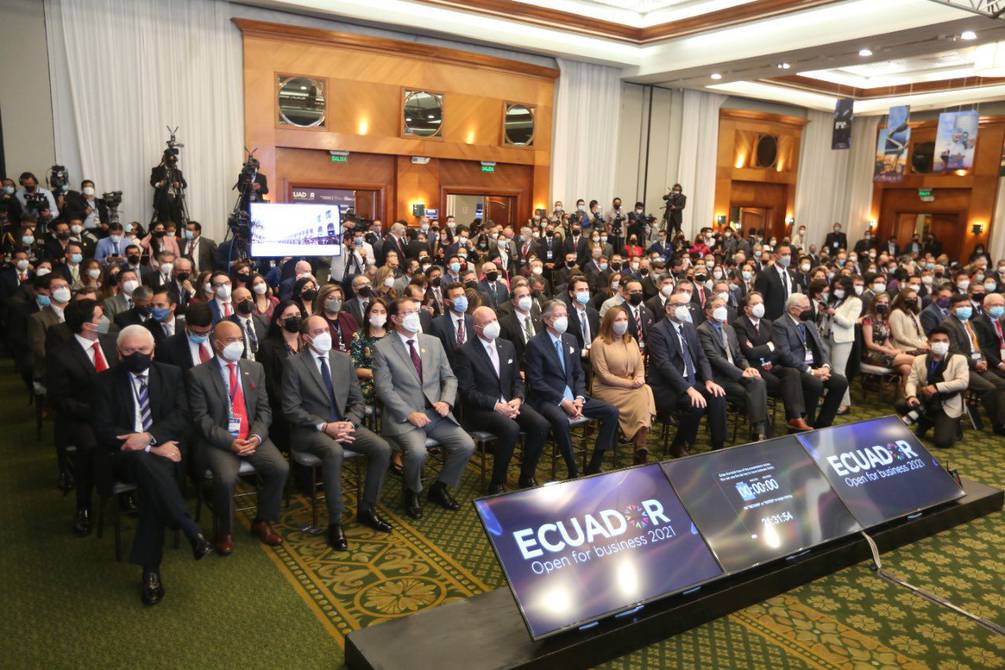 According to the organization’s data, the Ecuador Open for Business event that takes place between November 18 and 19 in Quito, had 800 investors from 51 countries.

This morning a portfolio of at least 25 energy, hydrocarbon, infrastructure, real estate, mining, telecommunications, environment, culture, sports and health projects for a total of $ 30,833 million was presented to investors from around the world. The person in charge of promoting this issue was Roberto Salas, presidential advisor and future manager of the Secretariat of Public-Private Partnerships, which is about to be established in the country.

The projects can be viewed on the virtual platform of the event. Block 60 Sacha, located in Joya de los Sachas and considered “a jewel in the crown” for being a block of excellent oil production, is delivered by delegation to the private company through a participation contract for 24 years, in which would be expected an investment of $ 2,887 million.

Another major project is the concession for the construction of a high-conversion refinery on the Ecuadorian coast. This could require an investment of $ 4,500 million, depending on the portfolio described.

There is also talk of the monetization of Termogás Machala, in which the investor must make the necessary investments to complete the supply of equipment, works and missing assemblies of the third 6FA turbine, heat recovery units, steam turbine, cooling system, BOP, electrical and control systems, transmission line. The express objective is to ensure the reliable supply of LNG to deliver enough fuel for the operation of the plant. The investor can operate and maintain the Machala thermoelectric plant under a 25-year concession contract and the expected investment is $ 600 million to $ 650 million.

Salas explained in a general way how the theme of attracting investment will be carried out. The idea is that there is an entity that brings together and coordinates all this issue and that is the Secretariat of Public-Private Partnerships. This can coordinate the various participating public institutions, as well as prioritize projects and implement them. It also has the ability to structure quality projects and ensure that they are bankable and viable.

Salas also pointed out the need for projects to have social and environmental acceptance, an adequate distribution of risks for the parties and an adequate assessment of the best use of money and its profitability.

For his part, the Minister of Energy, Juan Carlos Bermeo, explained that the energy and hydrocarbon projects already have a series of interested parties. He explained that these days he will meet with a series of businessmen who are looking for information in this regard. The minister had mentioned during the mining forum that took place as part of the investment event, that in January 2022 the mining registry will open and also that he has authorized the sale of Repsol shares to New Stratus Energy (NSE).

The Ecuador Open for Business event had 800 investors from 51 countries. In addition, 2,000 attendees were connected to the virtual platform. 500 business appointments have also been scheduled. Business fairs with 50 exhibitors and 13 panel discussions were planned.

Tomorrow the event will continue, which takes place at the Swissôtel in Quito. (I)