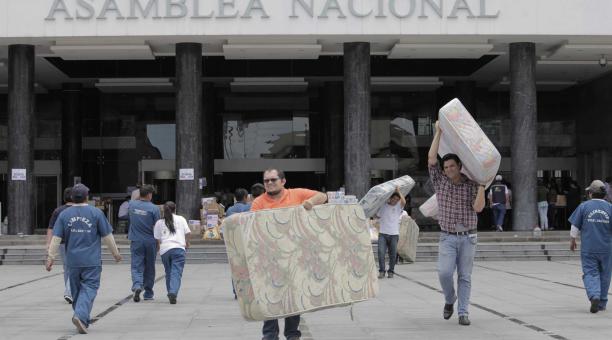 The controversy over the donation of 10% of the salary of the Assembly members for the earthquake victims inconvenienced the ruling party. Gabriela Rivadeneira, president of the legislature, made two statements about this.

First she spoke of a “voluntary” contribution. This happened last Monday, June 13. Then she said she saw no major problem since from this month will apply the one-day salary discount will be compulsorily applied to all legislators by mandate of the Solidarity and Citizen Co-responsability Act.

But Tuesday, June 14, following criticism from opposition lawmakers and that had an echo in social networks, she pronounced again. It was through a statement in which she explained that the contribution is an “ethical commitment” of legislators and assured that the coordination of the AP bloc will analyze individually the assembly members who did not donate that 10%. Each legislator could contribute with USD 500.90 in April and May, as established by the Council on Legislative Administration (CAL) with the resolutions 124 and 135, established after the earthquake.