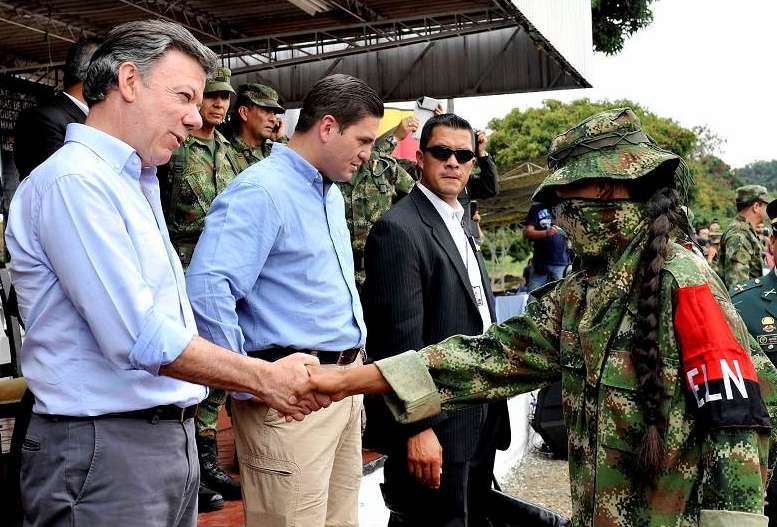 The president of Colombia, Juan Manuel Santos, on Monday called on the country’s second largest guerrilla group, the National Liberation Army (ELN), to unilaterally cease hostilities, as the FARC did in late December.

“We invite the ELN to join the initiative of an unilateral ceasefire as the FARC did and we also want to invite them to reach an agreement as soon as possible on the agenda items we have been discussing for some time,” Santos said in the city of Cartagena.

Santos’s government has made approaches with the ELN, which has about 2,500 rebels in their ranks, seeking to initiate a peace process similar to the one he negotiates with the FARC in Havana, Cuba.

Santos also highlighted the FARC decision to unilaterally and indefinitely suspend hostilities since December 20. “On this point we must recognize that the FARC have complied,” he said.

The president added that the government negotiators will return “very soon” to Havana with orders to “accelerate the pace of these talks to end as soon as possible and once and for all with this armed conflict.”