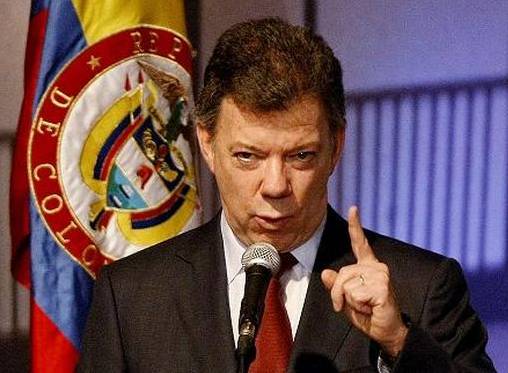 The Colombian government enthusiastically welcomed yesterday the announcement of unilateral and indefinite cease-fire of the Revolutionary Armed Forces of Colombia (FARC), which begins tomorrow, but will not accept conditionings requested by the guerrillas.

On Wednesday, the FARC announced a unilateral ceasefire, but warned that the measure would terminate if their units are attacked by the army.

In response, the president of Colombia, Juan Manuel Santos, said yesterday that the government will not give up their constitutional duty to ensure the safety of its citizens.

“We appreciate the gesture of an unilateral and indefinite cease-fire, but we can not accept such conditions, as international verification,” he said at an event in Quibdo, in Choco.

Santos said that “the oversight they are asking” can be discussed but later, when peace negotiations end the point of victims in discussion and pass to the end of the conflict, the last to be treated in the five calendar points agreed with the FARC.”

Negotiations entered on a Christmas break until mid-January.