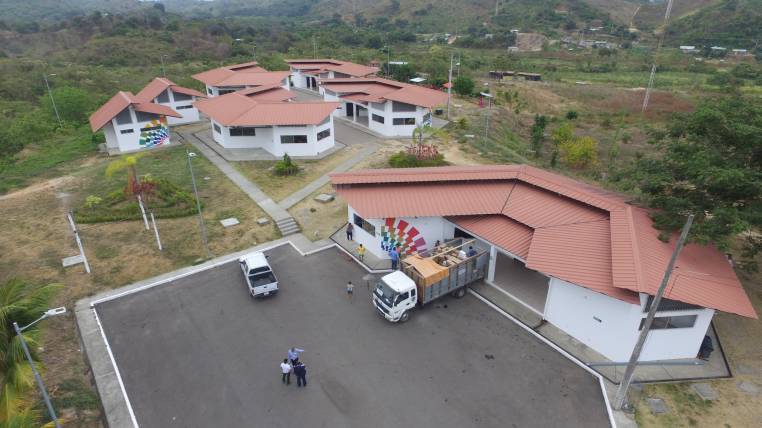 As in several works of the previous Government, the hiring of 200 Millennium Provisional Educational Units was tied to a credit of 170 million dollars with the Bank of China. One of the requirements of that agreement was the hiring of the company China Railway N.9 Engineering Group Co. Ltd. Now, the Ministry of Education has decided to unilaterally terminate that contract, which in total reached 196 million, as told yesterday EXPRESO.

The company, however, is looking for a solution. In a communication addressed to this newspaper he said that he has asked the Government to suspend the unilateral termination of the contract. He proposes to attend mediation before the Attorney General’s Office, as it is a public company in China and institutions of the Ecuadorian government. The company believes that it is necessary to seek an “impartial technical opinion” to guarantee the perfect functioning of the Educational Units and their constructive system.

Their goal: “to continue with the contract, incorporating the architectural improvements, assembling the remaining 150 Educational Units,” said the document signed by Railway’s national technical director, Nilton Huayamave, and by Zhou Xiaoyu, special attorney-in-fact.

Where did the conflict originate? According to the company, after the earthquake of April 16, 2016, the Ministry made observations about the seismic resistance and structure of the schools. That is why, he says, changes were made in the structural reinforcement with respect to the original design that were approved by the Government. The problem, says the Chinese state firm, is that Education is not taking into account the difference between the original Terms of Reference / Construction Plans and the modified Plans.

On May 28, Education notified them with the unilateral closure of the contract, arguing that the presented observations had not been addressed. In June, the company submitted three letters of intent for a completion by mutual agreement and to maintain commercial relations with the Ecuadorian government. On July 2, the unilateral closure was confirmed.

Huayamave and Xiaoyu ask: Does the ministry really want to break the current Ecuadorian construction standard, eliminate the structural reinforcement of 200 columns and 200 plinths to comply with an outdated construction standard? If no unit is suitable, why does the Ministry occupy and inaugurate 30 Units and why put at risk 60,000 children who study in double shift in these educational units?

Education ensures that China Railway breached the technical specifications and accumulated fines of 29 million dollars. A value higher than that provided by law.

The Chinese state says it is willing to continue with the construction of the remaining 150 units including improvements that are not stipulated in the contract as an office or nursing. Yesterday, Education did not respond to the company’s request.

In April 2018, the Public Expenditure Observatory reviewed public procurement between 2015 and 2017. According to that report, the Ministry of Education is the entity with the most processes: 156 for 308.3 million dollars.

Among the state’s largest contractors in two years, there were seven companies of Chinese origin and a consortium. They operate in the country, says the Observatory, as foreign branches, according to the records of the Superintendency of Companies.

Until April, China Railway No.9 Engineering Group Co. Ltd. had been awarded two processes with the State for 206 million and had a stake in the NHQ Consortium, also a state contractor.

“There is little technical rigor”

What do you think about the Ministry’s decision to terminate the contract with China Railway?

The contract established the clauses for a unilateral termination. The contract also established a policy that covers 100% of the advance delivered, a 5% compliance policy and a strong amount for fines for breach of deadlines. Everything was done for the benefit of the State.

The ministry says that signing a contract of property and not of work is an anomaly, is that so?

A change was never made. The contract was originally made as an acquisition of 200 provisional educational units, type Milenio. It was born that way, it’s not that it was a construction site. The 50 units can be disassembled, that is, it is a good. I think they are misinformed who bring the issue.

Another criticism is the cost for each unit. Is one million dollars excessive?

That is what it costs. The contract has a detailed technical study. What would be pertinent is that it checks the detail of that technical report and can be compared with values in the market in a work that has the same capacity as the educational units. It seems to me that there is an appreciation with very little technical rigor. (I)