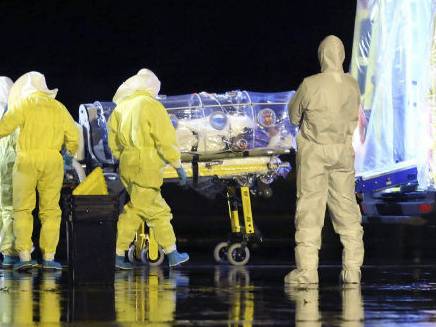 Scotland today confirmed its first case of Ebola in a health worker who arrived last Sunday to Glasgow coming from Sierra Leone.

The patient, who came to the Glasgow Airport on a British Airways flight after a stop in Casablanca (Morocco) and London, is isolated and under observation at contagious disease unit at the Gartnavel hospital in Glasgow.

In Sierra Leone she worked as a health employee in the fight against the disease and on Monday morning she was taken to a hospital because she was not feeling well, the same hospital where She is being treated in a isolation station.

“Our health service has the expertise and facilities to ensure that confirmed cases of Ebola like this be effectively contained and isolated,” said the Scottish Prime Minister Nicola Sturgeon in a statement.

The main Minister of Scotland, Nicola Sturgeon, said today at a press conference that the identity of the patient is kept in secret for reasons of confidentiality and clarified that the sick woman was in contact with one person since her arriving to Glasgow.

Authorities also said they are investigating whether the woman was in contact with other people and ensured they will contact everyone who might be at risk of having contracted the virus.