Sotheby’s auction house is the largest and most dynamic art and luxury market in the world. Its director, Harry Primrose, Lord Dalmeny, is preparing to celebrate his nuptials with Harriet Clapham , a private art consultant specializing in contemporary and old master works. This union, which exalts the community of the greatest art collectors and the Scottish aristocracy, was shared with Diario EL UNIVERSO by the Ecuadorian politician Carlos Sagnay de la Bastida, the specialist’s political uncle. 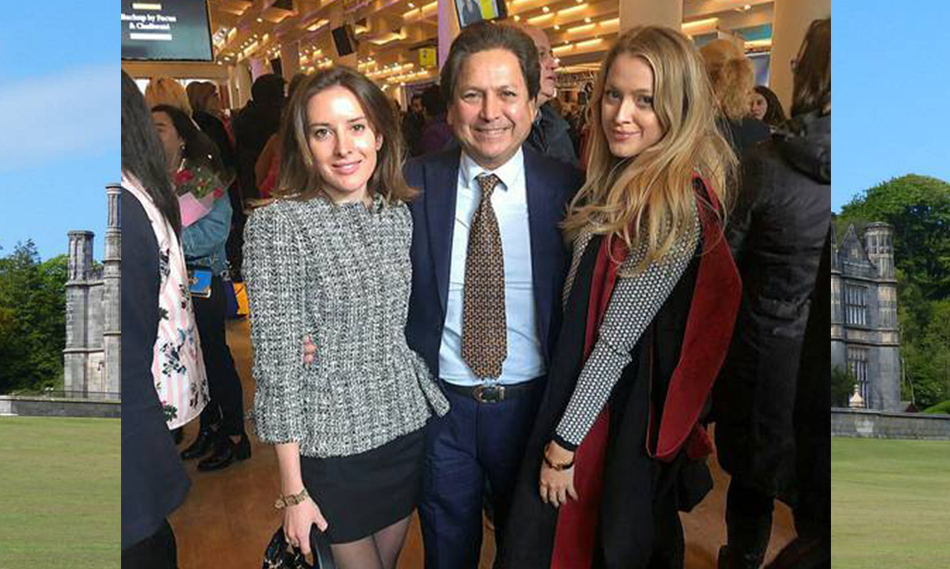 Harry, 53, is the only son and heir to the 7th Earl of Rosebery, and great-grandson of the 5th Earl, Archibald Primrose, who was known to have a winner in the horse derby, marry an heiress – Hannah de Rothschild, who was one of the wealthiest women in Britain – and became prime minister in the late 19th century.

Lord Dalmeny, widely educated in art history, joined Sotheby’s in 1990 to work in one of their sales departments. In 2000 he became director of the auction house. He also assumed other responsibilities in those offices over the years. Finally, he became president of Sotheby’s in 2017.

On the personal side, it is known that Lord Dalmeny fathered five children from his first marriage to Caroline Daglish, including the Lavinia, Celeste and model trillizas Delphi, which recently has been considered the new girl it or ” girl of the moment ” British, ingratiating himself on the covers of fashion and society magazines (like Tatler) thanks to his reigning presence on TikTok .

As an art consultant, 32-year-old Harriet finds masterpieces for the private collections of the super-rich. A key part of his job is attending auctions at Christie’s and Sotheby’s and bidding (often in the millions) on behalf of his clients around the world.

Harriet’s mother is a former beauty queen. This is Mari Kirkwood, crowned Miss Scotland in 1975, when she was 19 years old. Her second engagement, to Barry Clapham , a prosperous Glasgow property developer, conceived Harriet and her 36-year-old sister Amy.

The couple will marry next year in Harry’s ancestral home, Dalmeny House, which has magnificent views of the Firth of Forth, an estuary near Edinburgh that empties into the North Sea.

For now, The Mail on Sunday tabloid revealed, the main house is being renovated, so Harry and Harriet may be moving to a smaller house on the same family property, while the repair is complete. “Harriet and her mother visited me to inspect the cabin and discuss what to do; his mother will be welcome if she stays with us,” Harry recently commented to the aforementioned publication. (I)