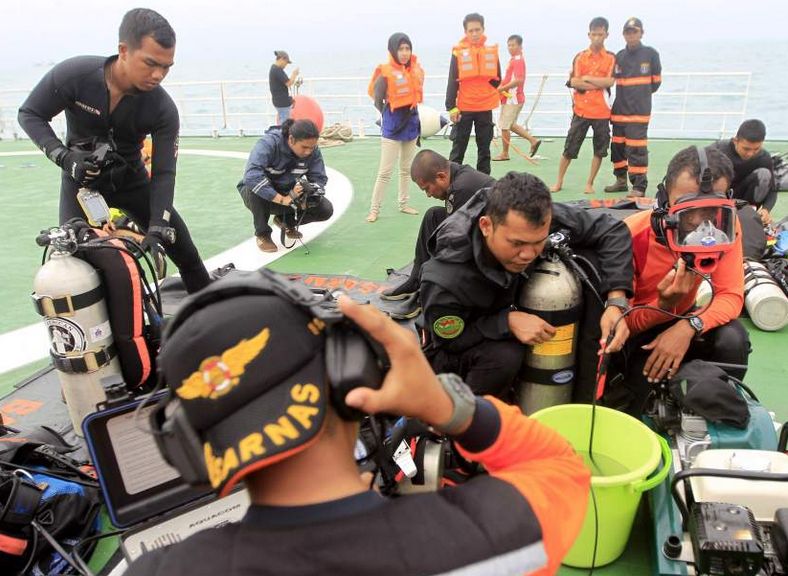 Divers were prevented this Thursday to find the black boxes of the AirAsia Flight 8501, which they expect are still in place in the newly discovered tail of the aircraft, due to strong currents and murky water.

The devices that record flight data and cockpit sound, are in the rear area of the ship and are crucial to help determine what caused the accident of the aircraft, disappeared on December 28 with 162 people on board.

Divers took a brief lull in the weather on Thursday to try to identify the black boxes, but failed to work amid strong waves and a visibility of 1 meter (3 feet), said the head of the agency for Search and Rescue, Henry Bambang Soelistyo.

Based on the images taken by divers, the expert said he believes that the black boxes are still in their original location.

Meanwhile, teams of experts from Indonesia and France were considering other options, such as lifting the wreckage with a crane, said Nucahyo Utomo, a researcher at the National Transport Safety Commission.