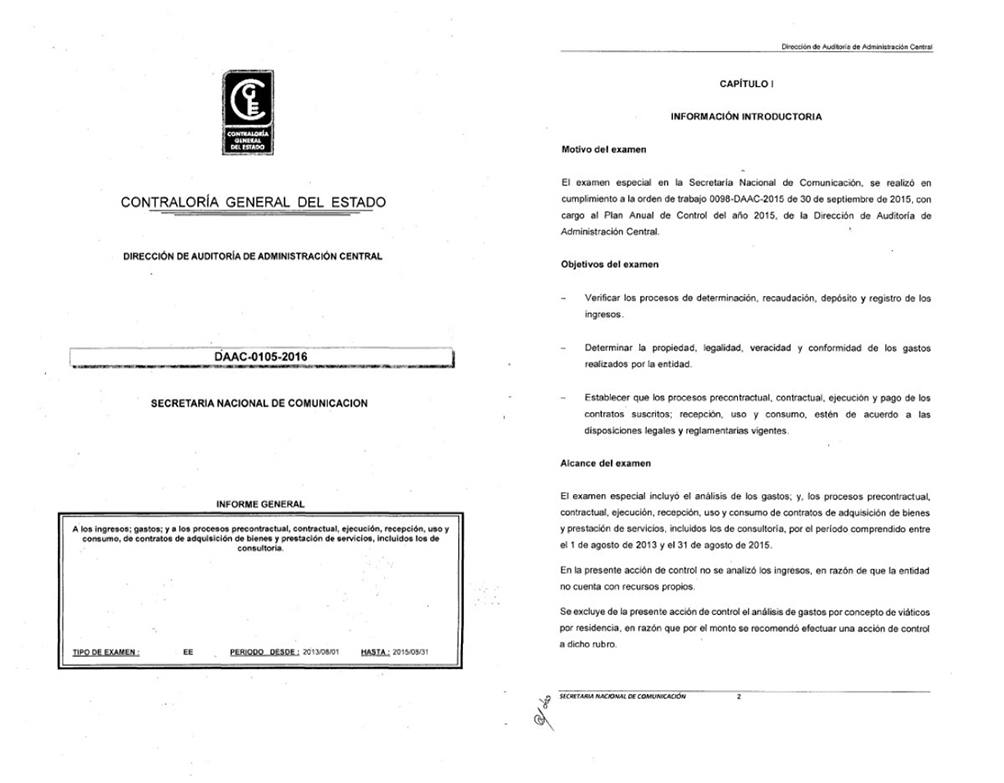 The National Audit Office determined that the Communications Secretariat (Secom) used public resources to promote Alianza PAIS (AP) through a payment agreement with the Ecuadetalles SA Company Impulsa Ecuador, signed on October 23, 2014, to put out an obligation by $ 23,252.50 for the call center service during January and February of that year.

The information is derived from the special examination by the control authority on income, expenses and contracts for procurement of goods and services between August 1, 2013 and August 31, 2015.

According to this examination, the undersecretary of Promotion of Communication of the Secom, which took over the process, issued emails to Ecuadetalles SA Impulsa Ecuador in January and February 2014, in which it stated that the service was hired for AP.