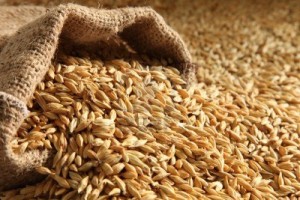 It is planned to import seeds from Canada to increase the production of malting barley and raw materials for brewing, and thus lower the import of this product. Since March, barley is on the list of imported products on which tariff surcharges of 5% to 45% were applied.

The investment would be $ 11 million, a part will be granted through credit and the other through a government contribution, announced the Minister of Agriculture, Livestock, Fisheries and Aquaculture, Javier Ponce, during the signing of a new agreement with Cerveceria Nacional (National Brewery Company for its Spanish name) to activate the barley planting.

The agreement expects to produce 8000 acres of malting barley in seven provinces of the Sierra region. According to Ponce, 30% of the requirements of this raw material in Ecuador would be covered.

This would be the third agreement between the ministry and the company since 2009. Until 2014, 1,200 hectares of barley have been cultivated for food production.

Vinicio Troncoso, vice president of Cerveceria Nacional, said that the agreement will last three years and it is expected to invest $ 1.8 million, similar to that sum that was allocated from 2009 to 2014.