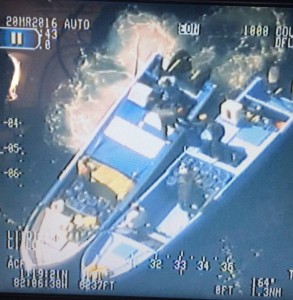 25 fuel canisters and packages with 1.25 tons of the alleged drug seized in two boats, detected 50 miles off the coast of Esmeraldas, were transferred to the capital of the province, according to a statement from the National Directorate of Aquatic Spaces ( Dirnea).

During the operation, carried out by the coastguard patrol staff last Thursday, the detention of five people, four Ecuadorians and a person without identification, but who is presumed to be of Colombian nationality, was achieved.

The operation lasted about 15 hours and coastguard units, aircraft and a aero maritime exploration helicopter were employed, it was report